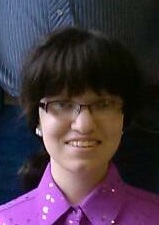 Sarah Jane Vlot, 18, Warsaw, passed away Tuesday, Dec. 29, 2015, in her home surrounded by her loving family and her faithful companion dogs Blue and Penny.

She was born May 5, 1997, in Fort Wayne, to Cornell and Dana Vlot of Warsaw. Sarah was a senior at Warsaw Community High School and was active in the Warsaw High School FFA and a ten year 4-H member and Junior Leadership Officer of the 4-H Club in Huntington County from 2014 – 2015.

She was an avid 4-H’er who actively participated in every aspect of her livestock projects, from feeding, exercising and showing the best from her show pigs and show goats in the show arena. Her efforts were recognized and rewarded with numerous ribbons at the Huntington County and Indiana State Fair and at the International Livestock Show held in Louisville, Kentucky.

Although her prime 4-H interest was showing pigs and goats, she contributed award winning projects in aquatic science and jumbo garden vegetables. Her giant cabbage won grand champion in 2006. Her prize Boer goat “Weezie” won Grand Champion meat goat at the Huntington County Fair in 2010, won his weight class at the State Fair and won a weight class of nineteen goats from all over the U.S. at the International Livestock Show in Louisville, Kentucky the same year. Her goat “Professor Maurice” won Grand Champion at the Huntington County Fair in 2015 and fourth in class at the Indiana State Fair.

In a PowerPoint project for high school, Sarah stated, “My dream after high school is to attend a college that has an animal science degree or agriculture business…I dream someday of being a livestock judge or working with livestock. I also dream of working at our family business.

Sarah was an active participant in the family business. She contributed to numerous Vera Bradley buy meetings and read every piece of literature they sent. She knew the product line and the store’s stock and frequently answered questions for customers and store staff. Sarah enjoyed her Sunday school class and church service at the Union Church of Huntington.

Sarah was granted a Make-A- Wish trip to meet and greet her favorite country music artist, Jason Aldean in Corpus Christi, Texas and also tour the State of Texas with her family.

A funeral service will be at 10 a.m. Monday, Jan. 4, 2016, in McHatton-Sadler Funeral Chapel, Warsaw, with Pastor Steve Ailes officiating. Burial will be in Mt. Hope Cemetery, Huntington. Viewing hours will be from 1-5 p.m. Sunday, Jan. 3, 2016 in the funeral chapel.

The family requests memorial contributions in Sarah’s name may be made to the Make-A- Wish Foundation, Indianapolis.