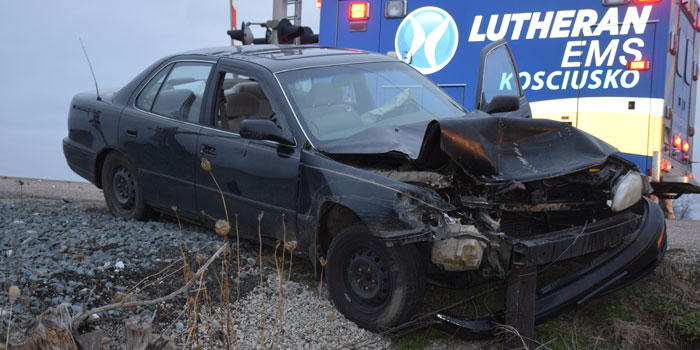 SYRACUSE — Lutheran EMS, Milford Fire Department and Kosciusko County Sheriff’s Department responded to a two-vehicle accident on CR 300E, north of the intersection with CR 1300N this evening around 4:50 p.m.

Police located a black Toyota Camry, driven by Natalie Vela, 43, Elkhart, off the road near the railroad tracks on CR 300E. According to reports at the scene, Vela was likely traveling at an unsafe speed when she struck the rear end of a red Ford F150 pickup truck, driven by Charles Smith, 63, Milford. Both vehicles were traveling south on the roadway.

Vela was transported by Lutheran EMS to IU Goshen Health complaining of pain caused by the deployment of airbags.