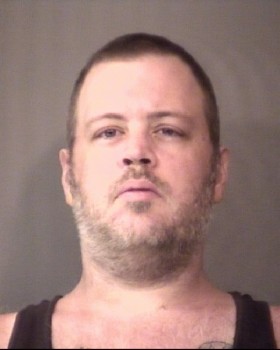 Originally charged with murder, the amended charge was filed with the courts today. According to the plea, the executed sentence will be a fixed 40 years at the Indiana Department of Corrections.

State statute states the existence of sudden heat is a mitigating factor reducing what otherwise would be murder. Because a firearm was used on the commission of the offense, a sentence enhancement was added. A level 2 felony carries a 10-year to 30-year sentence range, the firearm enhancement adds an additional 5-year to 20-year range to the sentence.

Poe was arrested following the death of his father, Ronnie Poe, from a gunshot wound to the head. Police were called on July 3, by Ryan Poe’s mother. She stated her son had shot his father and had then barricaded himself in his room with the firearm. Police were told the father and son had been arguing and Ryan Poe had gone into his bedroom and shut the door. Aaron Poe, told police his father, Ronnie Poe, came to his door and asked him to come out into the living room, when a gun shot went off and his father fell into his son’s arms. Aaron Poe told police he saw Ryan Poe holding a shotgun just before he retreated to his bedroom.