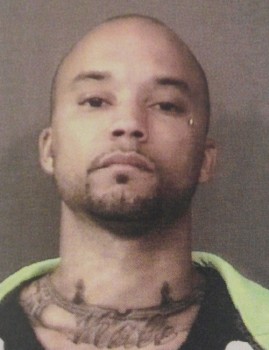 Springer had entered a plea agreement in October on charges of robbery resulting in bodily injury, theft and being a habitual offender relating to the Sept. 12, 2014, robbery of KeyBank in North Webster. In November, he entered a plea agreement on charges from June 2014, for dealing in a narcotic drug and possession of a narcotic drug. The plea agreements entered stated he would plead guilty to robbery resulting in bodily injury, a level 3 felony, with a 16-year sentence cap; and possession of a narcotic drug, a C felony, which was a lesser charge of the original level B felony.

Cates sentenced Springer to nine years for the robbery and four years for possession of a narcotic, both to be served at the IDOC. Cates suspended the last two years to be served on probation. The sentences will run consecutive (one after the other). Cates will also suggest to the DOC that Springer have a purposeful incarceration, meaning Springer could participate in appropriate programs and/or placed in a facility specializing in specified addictions. Restitution to KeyBank in the amount of $9,070 was also ordered.

Brad Voelz, deputy prosecuting attorney, told the court Springer is “obviously a very intelligent man. He appears to be very rational and logical, calculating and manipulative.” Voelz stated Springer claimed his crime spree and drug addiction on prior circumstances. “It wasn’t the heroin that jumped the counter (at KeyBank). It wasn’t the heroin that shoved the teller aside. He was given a chance with Serenity House … he blew it … hope he gets it in prison and participate in drug counseling and use his intelligence and the talent he has to be useful in society.”

Scott Lennox, attorney for Springer, agreed his client had been given the opportunity a year ago and was successful for a long period of time. “Addicts relapse …” stated Lennox. Lennox additionally asked the state to allow for a transition back into the community following his release.

Springer addressed the court, stating, “I made a lot of mistakes in my life … most recently (I) learned to accept the choices for what they are. They were my choices I will better my future. I look forward to a life of sobriety. My relapse at the house opened my eyes at how deep my addiction runs. I’m grateful I relapsed at the house. It saved my life. If I had been on the streets, I would not have returned.”

“It appears you are an exceptionally well spoken man. Someone with a lot of ability …” said Cates, adding the invested opportunity at Serenity House was wasted. “You are taking responsibility for your actions, I give you credit, but frankly you are still blaming your issues on something else. These are the choices you made,” stated Cates. “I do hope you get the help you need. I think you can be a productive member of society.”