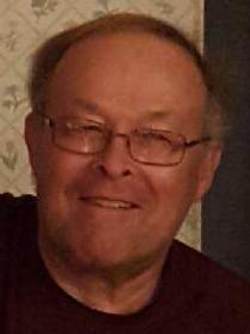 John E. Mishler, 66, Elkhart, died unexpectedly of natural causes, at 4:07 a.m. Tuesday, Dec. 15, 2015, at Elkhart General Hospital. He was born June 7, 1949, in Elkhart to Gerald and Eileen (Madlem) Mishler. John was a graduate of Nappanee High School and lived most of his life in this area. On Oct. 24, 1970, he married Cathy Haut at Trinity Lutheran Church in Elkhart.

Mr. Mishler worked in the furniture industry. He was a United States Army veteran. He served in the Viet Nam War as a medic. He earned two purple hearts and several bronze stars. John liked gardening and lawn work. He especially enjoyed their yearly vacations at Orange Beach and spending time with his grandchildren.

Family and friends may call from 3-7 p.m. Friday at Thompson-Lengacher and Yoder Funeral Home, Nappanee. Funeral services will be at 11 a.m. Saturday, Dec. 19, at the Funeral Home. Cremation will take place and inurnment will be at a later date. Pastor Robert Schallhorn will officiate.

Memorial contributions may be given to American Heart Association.