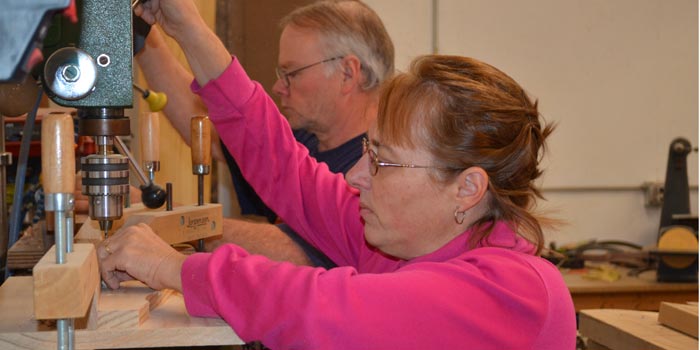 SILVER LAKE — With an ever-increasing demand for electronic toys and gadgets, one Silver Lake couple has proven old-fashioned, wooden toys still hold charm for many people. 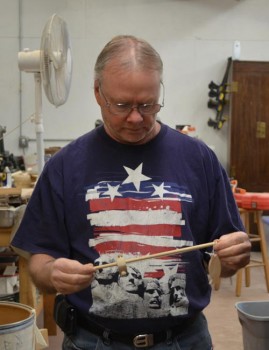 Darren and Teresa Martin-Gay, owners of My Unique Wooden Toys LLC, started their business in 2006 and officially began selling their toys a year later.

Prior to that, Teresa and her family were dairy farmers. After her husband was killed in an accident, she and her sons transitioned out of the dairy farm. She later married Darren, who is a woodworker with an enjoyment for making wooden toys. they decided to start their own business, which was entirely online until 2014.

Some of the couple’s favorite customers and critics are their eight grandchildren, ranging in age from 1 month to 6 years. Teresa related an instance where one of her grandchildren came over one day with a dollar bill, wanting to purchase something from the shop.

The business has not been without its setbacks. In 2013, a tornado swept through Silver Lake, damaging the couple’s shop and prompting them to build a new one in their basement. They also decided to add a retail shop, which opened in 2014.

The weeks leading up to the holiday season are busy for the couple, who have orders from as far as Michigan, New York, Florida, California and even Virginia. The Vermont Teddy Bear Company has commissioned them to make 600 miniature fishing poles. 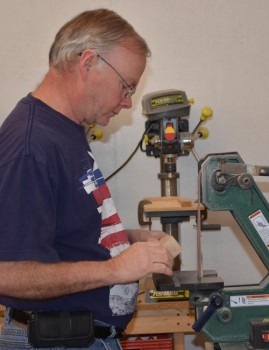 Nutcrackers have also been on demand since October, Darren said. The couple also finds themselves especially busy with stick horses, guns and fishing poles. They also take custom orders.

Darren and Teresa work side-by-side, fashioning each piece by hand. An area Amish man and his sons also do some of the work, as well.

With the demand for their wooden toys high, the couple finds themselves sometimes working seven days a week. Teresa is often busy with orders through the evening with the goal that items ship the same day or the next business day.

Though orders continue to pile up, the couple shows no signs of slowing down. They recently ordered a new, much larger sign, which they plan to install in front of their home business in the coming days. While they do not expect orders to stop any time soon, Darren noted that orders do tend to slow down about a week before Christmas, giving them a bit of a breather.

For more information, visit the My Unique Wooden Toys website.