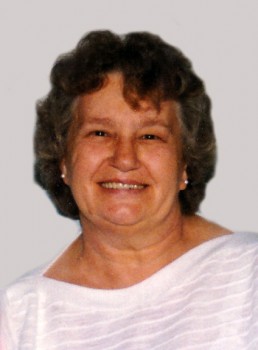 Edna worked at Fort Wayne National Bank for five years and Indiana Bank for two years before retiring in 1987 from the Container Corp. in Fort Wayne. She also was a substitute custodian for Whitley County Consolidated Schools from 1989 into the early 2000s. She had been a member Columbia City Fraternal Order of Eagles No. 1906 Auxiliary, American Legion Post No. 98, Skys Unlimited and Clowning Ministries.

She was preceded in death by her parents; husband, Richard Proctor Sr.; six brothers, three sisters, and an infant son; Robert Proctor.

Visitation will be held from 2-8 p.m. Monday, Nov. 30, 2015 from 2-8 p.m. at DeMoney-Grimes Countryside Park Funeral Home, 600 Countryside Drive, Columbia City. In accordance with Edna’s wishes there will be no funeral service. Memorial donations may be given in Mrs. Proctor’s memory to American Diabetes Association.