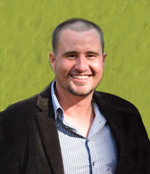 Hagan is being held without bond in the Whitley County Jail. Rentschler noted specifically that indictments are allegations and the defendant remains innocent until proven guilty.

Grand juries are convened at the request of a prosecuting attorney and have wide latitude to inquire into potential criminal activity. The body consists of six grand jurors and one alternate grand juror. All proceedings — including the identity and testimony of witnesses and any evidence presented — are absolutely secret pursuant to state statute.

The grand jury which issued the murder and reckless homicide indictments met for three days in Columbia City examining evidence and deliberating.

Porter was found shot in the backyard of Hagan’s property, Buckeye Street, South Whitley. The manner of death was deemed a homicide and the case was investigated by the Indiana State Police and local law enforcement.