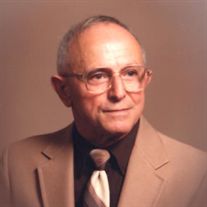 He had been a farmer but he was most known as a self-employed outstanding area electrician. Cecil was a graduate of Gilead High School in 1936. He has attended the Akron Church of God for over 30 years. He was a member of the Gilead Lodge first and then the Lincoln Masonic Lodge of Macy and has been a Mason for over 50 years.

Visitation will be from 4-8 p.m. Sunday, Sept. 13, at Hartzler Funeral Home, Akron. Services will be at 11 a.m. Monday, Sept. 14, with visitation also one hour prior at the Akron Church of God, Akron, and will be officiated by Pastor Terry Canfield. Burial will be in Athens Cemetery, Athens.

Memorial Contributions can be made to the Akron Church of God or Riley Children’s Hospital.