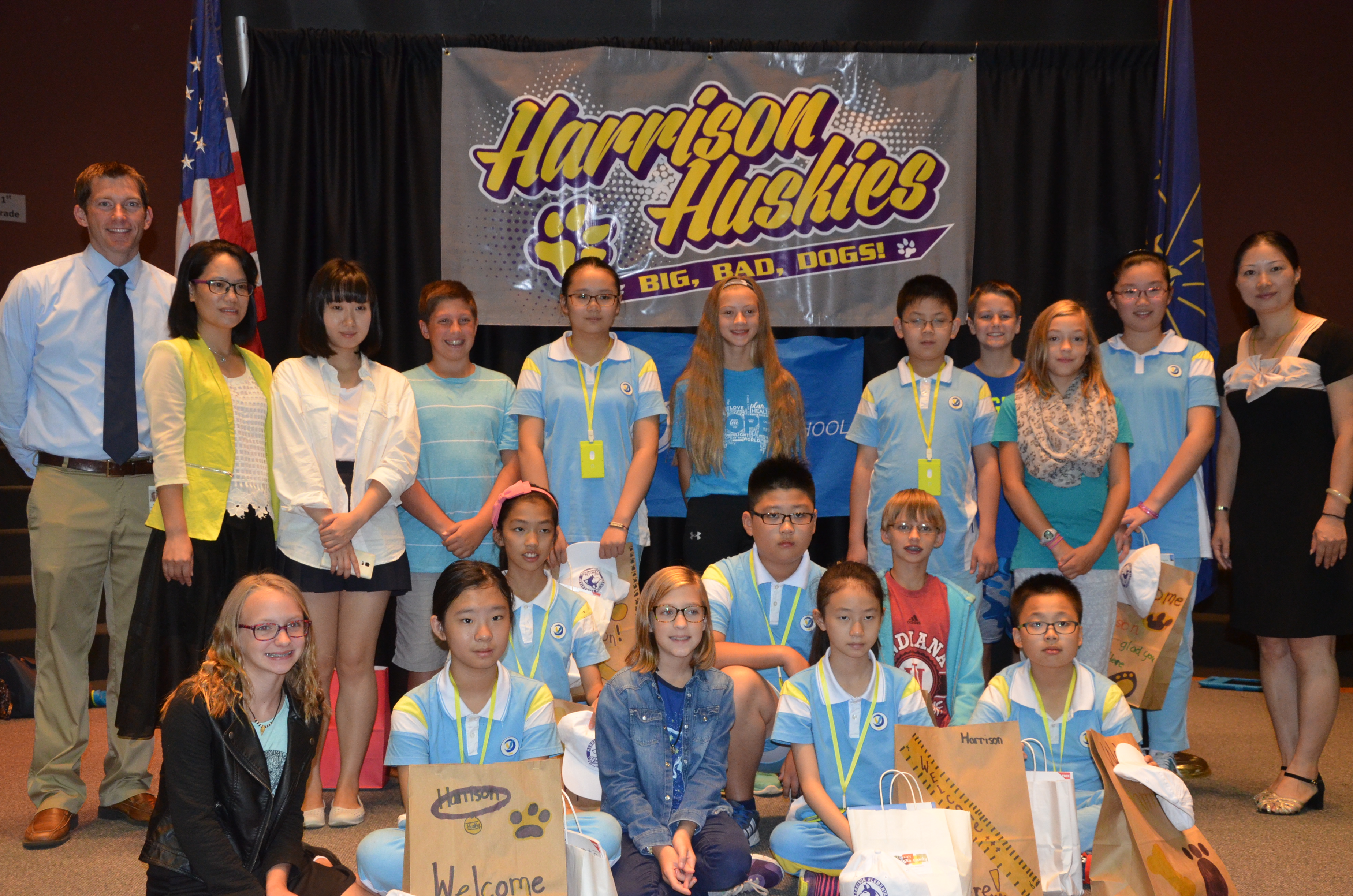 For a total of four days, eight Chinese students will attend each of the elementary schools. In addition, two students each will be assigned to four host families. According to Harrison Principal Lee Snider, Harrison students will have the opportunity to enrich the lives of the visiting fifth grade students while broadening their horizons and world view.

Although visiting students are currently learning the English language, students are finding creative ways to communicate with their visitors. Harrison fifth grade student Kamden Tom, 11, of Mr. Jarrett’s class, noted his family had an interesting first night with their visitors. After eating a pot roast prepared by his mother, the group talked to each other with the help of Google Translate. Tom explained he and his family learned a lot about China, noting it seemed both “big and small” at the same time in reference to housing and the country as a whole.

Both Tom and Garrett Hall, 10, of Mrs. Moore’s class, noted both they and their family were having a lot of fun with their guests. Visiting students chose English-oriented names to help in pronunciation with their American hosts.  Hall noted he planned to play soccer with his guest “Howard” and his family planned to take their guests to Rocket Fizz in Winona Lake for candy and fun. Tom stated his family would be taking a boat ride and visiting their farm with their guests.

The students at Harrison are under the guidance of Teacher Li and Teacher Chen as well as former WCS Superintendent Phil Boley, who organizes the trip each year. Boley, who acts as the director of operations with Chinese Education Connection, helped facilitate the process for five different groups in Indiana, four of which are currently visiting the central Indiana area.

Boley explained the trip allows kids in Warsaw, who may have limited horizons, to learn about the world without having to leave the country. Boley noted world relations often center on politics or economics — instead, the trip focuses on people and the relationships between them. Boley hopes the trip will help change the Chinese view of America by showing students a welcoming, good experience.

According to Snider, Harrison is currently looking into a possible trip to China for WCS elementary students. The trip would allow Harrison students to meet with their former guests and learn about China as a whole. Snider said he hope to keep the trip open to all schools and to have at least 15 students interested in traveling to China.