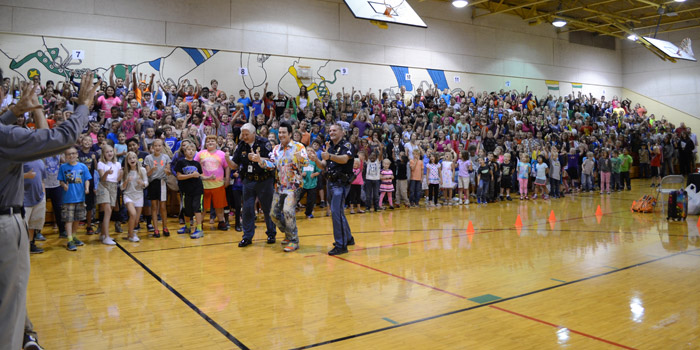 WARSAW — What do remote controls, suitcases, tire gauges and garbage cans have in common?

According to motivational speaker, Retro Bill, they are all visual metaphors for self-esteem.

During his high-energy, often humorous presentation, Retro Bill, also known as Bill Russ of Hollywood, Calif., used a jumbo remote control to illustrate not letting others change our positive channel and muting negative talk. He used a tire pressure gauge to illustrate not letting others deflate one’s positivity and a suitcase to show that kids can have a handle on their situation. He also handed each attendee a ticket to keep in their backpacks as a reminder of what they learned.

The Retro Bill program is in high demand in all 50 states and Canada, with Retro Bill out on the road more than 300 days per year making appearances at elementary, middle and high schools. He presents age-appropriate messages for students in kindergarten through 12th grade. He said he uses everyday props to help kids remember the message they learned.

“When a kid sees a remote, they’re going to think, ‘positive channel and mute the negative,’” Russ said.

“I’ve had teachers say, ‘I’ve been in education 40 years and have never seen students take to a message like this,’” Russ said.

He is also the international DARE Safety Buddy and a lengthy list of other roles and titles. He has also voiced a character on “SpongeBob Squarepants.”

“I’m a well-balanced message served up as dessert,” he said of his presentation.

Retro Bill will be at Lincoln Elementary and Claypool Elementary Wednesday, Sacred Heart, Edgewood Middle School and Leesburg Elementary Thursday and Lakeview Middle School and Madison Elementary Friday. All of this will culminate with a free community event for all ages from 7-8 p.m. Friday, Aug. 28, at the Performing Arts Center, Warsaw High School, 1 Tiger Lane, Warsaw.

To learn more about Retro Bill, visit his website. 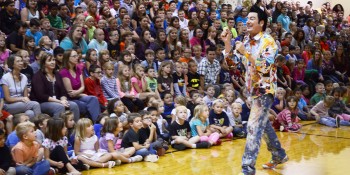 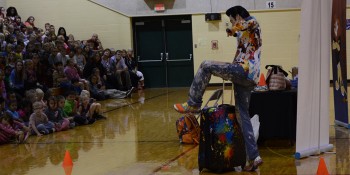 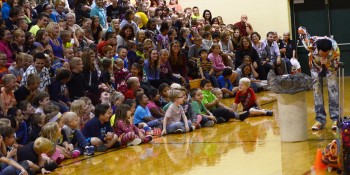 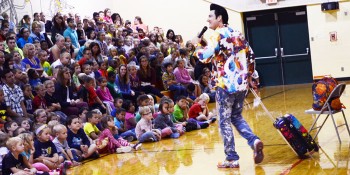