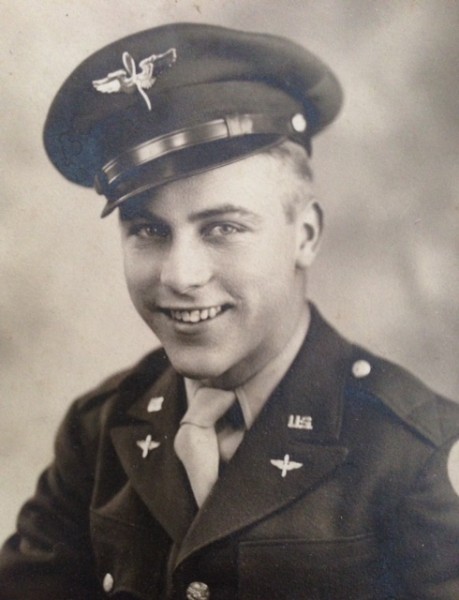 Surrounded by angels, earthly and celestial, Gene Hoover, 90, entered eternity into the open arms of His Lord and Savior on Sunday, Aug. 23, 2015, in Matthews, North Carolina. He had been in declining health for several years, but he fought the good fight until the very end.

Gene was born Feb. 11, 1925, in Fort Lauderdale, Fla. to H. Emil Hoover and Anna Myers Hoover. The family soon returned to Wabash, taking up residence on the family farm, where Gene and his three brothers were raised. He graduated Linlawn High School in 1943, president of his class. He then joined the Army Air Corp, but WW2 ended before he finished flight school. He returned to civilian life in 1945, and soon after, met and married his true love, Marjorie Ann Flynn, who was also from Wabash. They were married 61 years, had three children and lived in Indiana, Colorado and Arizona.

Gene was a wonderful husband and father, and a very good friend to many. He could always be counted on when anyone needed help, even if it was at great cost to himself. He was smart and loved to be busy. He could fix anything that needed fixing! He also had a wry sense of humor which tickled all who knew him, even those who were on the receiving end of one of his pranks. Praise God for these heartfelt memories of one of the very best of men we’ve ever known. We, along with Our Maker, say, “Well done, good and faithful servant.”

McDonald Funeral Home, Wabash, is entrusted with arrangements for a graveside gathering and burial in Falls Cemetery at 2 p.m. Tuesday, Sept. 1. The family asks that no flowers be sent, but that a memorial gift to the charity of one’s choice be made in Gene’s honor if so desired.