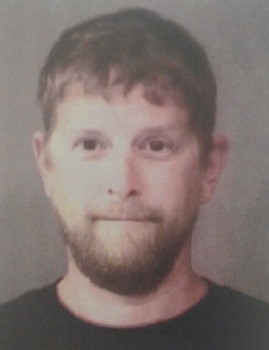 WARSAW — The driver of an ATV that seriously injured Shyloh H. Hoy, 34, East Prairie Street, Leesburg, on July 5, has been arrested on three charges stemming from the accident.

David M. Gregory, 39, 53 EMS D22 Lane, Syracuse, has been arrested on initial charges of causing serious bodily injury while operating a motor vehicle and operating a vehicle as a habitual traffic violator, both level 6 felonies, as well as operating a vehicle while intoxicated, a class C misdemeanor. He was arrested and held on a $1,000 cash bond.

The charges were filed in Kosciusko Superior Court III on Aug. 17.

Kosciusko County Deputy Michael Fowler states in court documents, Gregory was operating a 2014 Polaris Ranger, in the early hours of Sunday, July 5. According to the accident report, Hoy was a passenger on the vehicle. The ATV went off the road through tall grass on the upper levels of a gravel pit on CR 600N, Leesburg. The ATV crested the edge of a 30-40-foot embankment leading to a pond. It rolled down the embankment several times before coming to rest against a tree, 12-feet from the edge of the water.

Both Gregory and Hoy were thrown from the ATV. Gregory suffered lacerations to the top of his head. Hoy suffered broken ribs and a punctured lung. She was transferred from Kosciusko Community Hospital to Lutheran Hospital.

The affidavit of probable cause notes the officer could smell the odor of alcohol on Gregory and observed watery/bloodshot eyes. A portable breathalyzer test result showed .144 blood alcohol content, however, Gregory refused a chemical test.