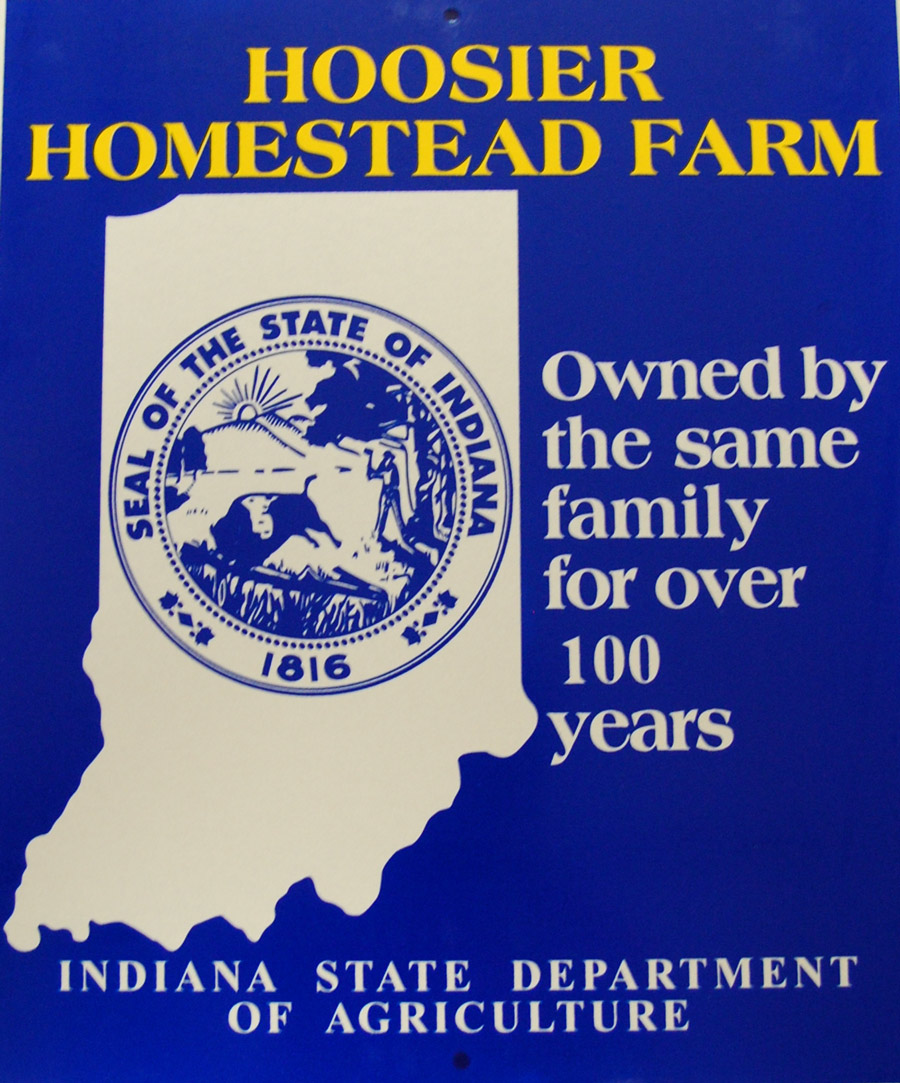 INDIANAPOLIS — The Hilligoss family of Whitley County was among several Indiana families honored Tuesday, Aug. 11, during the Indiana State Fair.

The Hilligoss familiy received the Centennial Award for their farm, homesteaded in 1915.

During the Year of the Farmer celebration, Lt. Governor Sue Ellspermann, and Indiana State Department of Agriculture Director Ted McKinney, presented 67 families with the Hoosier Homestead Award in recognition of their commitment to Indiana agriculture.

To be named a Hoosier Homestead, farms must be owned by the same family for at least 100 consecutive years and consist of more than 20 acres or produce more than $1,000 of agricultural products per year. The award distinctions recognized are centennial, sesquicentennial and bicentennial.

“For nearly 40 years, the Hoosier Homestead program has provided a wonderful opportunity for our state to recognize the rich heritage of farming in Indiana and how Hoosier family farms have been passed down from generation to generation,” Ellspermann said. “It is even more fitting that we are celebrating the Year of the Farmer at the Indiana State Fair as a way to honor and thank Hoosier farmers for being an integral part of our state’s legacy and future.”

“What better way to honor our Hoosier Homestead families than during the Year of the Farmer,” McKinney said. “We salute their determination, dedication, and innovation which have allowed them to succeed for more than 100 years.”