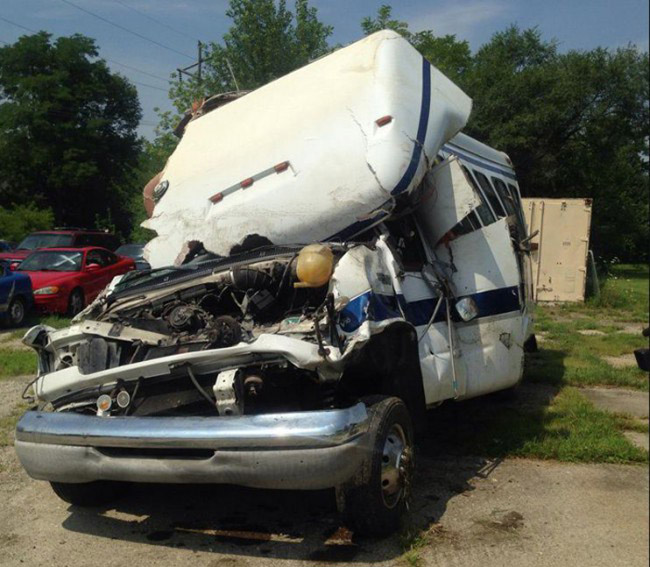 GREENFIELD, IN — The bishop of a Gary, IN, church says she did not know the driver of a bus taking congregation members to a convention was operating on a suspended license when the vehicle was involved in a crash in Greenfield, killing one six year old passenger and injuring others.

The accident happened at approximately 4:30 p.m. Tuesday, July 28, on Interstate 70. Bishop Lois Hill of the St. Jude Family Worship Center stated that members of the church are still “shaken up,” but trying to stay strong.

“We just want to thank God for all the prayers and all the goodness that we have felt in this town,” said Hill. “They showed us they are a brotherhood of the people.”

A six year old boy, identified by authorities as Jacob Williams, died as a result of injuries sustained in the crash. Multiple other victims were sent to Hancock Regional Hospital, IU Health Methodist Hospital and several pediatric patients were taken to Riley Hospital for Children at IU Health.

Indiana State Police are investigating the accident, but so far do not believe anything was mechanically wrong with the vehicle. Authorities have stated the driver, Charles Goodman, 53, was operating on a suspended license and has a warrant out for his arrest for failure to appear in court. He was among the injured in the crash, having been ejected from the bus and pinned underneath it.

ISP officials also said the bus did not have a U.S. Department of Transportation number assigned to it but should have, given that it was traveling to Dayton, Ohio, when the crash occurred. Hill is disputing the U.S. DOT issue, having stated that the bus is legally registered to her and has all necessary documentation.

Several church members have traveled to the Greenfield tow yard where the bus is being held to collect personal belongings, but were told they are not allowed to retrieve anything while the investigation is ongoing. Hill indicated that church members do still plan to attend the worship convention in Ohio.