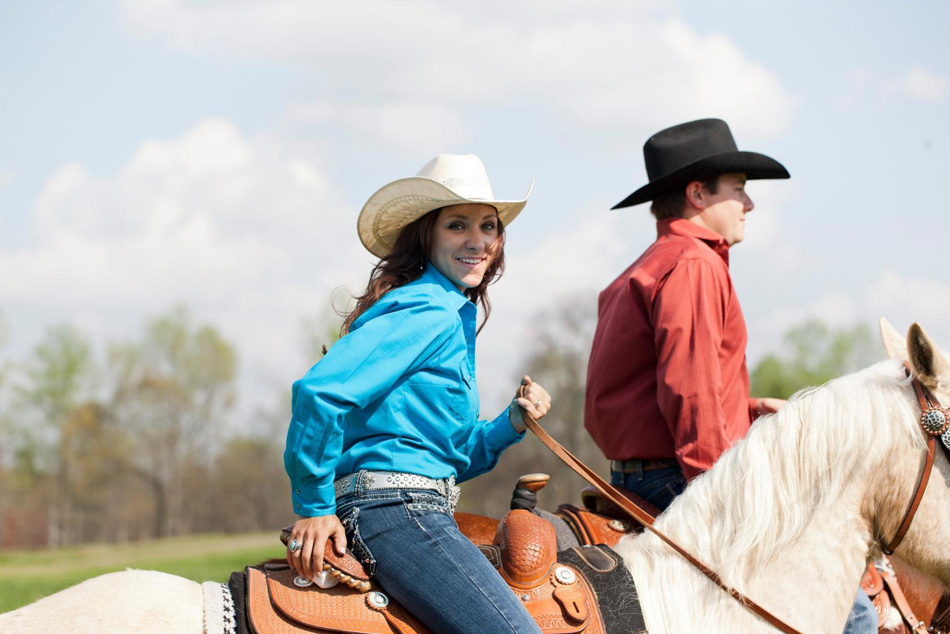 WARSAW – Taylor Earnhardt-Putnam, the daughter of seven-time NASCAR Champion Dale Earnhardt, from Moorseville, NC, will be in Warsaw on July 13 competing in the International Professional Rodeo Association rodeo at the Kosciusko County Fairgrounds. The rodeo will begin at 7 p.m.

Putnam, 26, is a professional rodeo competitor and devotes herself to supporting the Dale Earnhardt Foundation, a charitable organization that is dedicated to children, education and wildlife preservation.  http://www.daleearnhardtinc.com/foundation/

Born the youngest daughter of Dale and Teresa Earnhardt, Taylor has winning and a competitive spirit in her blood. Inheriting a love of speed, Taylor continues to carry on the tradition of the family name to the winner’s circle, only she prefers fast horses to horsepower.

“My whole family likes going fast,” Earnhardt-Putnam said. “Everybody else runs on 800 horsepower, I run on one.”

Earnhardt-Putnam earned the 2008 All-Around Championship at the Josey Ranch and was a 2003 champion at the Junior Southern Rodeo Association and won the title at the North Carolina National Barrel Horse Association championships. Also on her résumé include training at the prestigious Ross Nye Stables in London in the equestrian training program and was a NBHA South Carolina District champion.