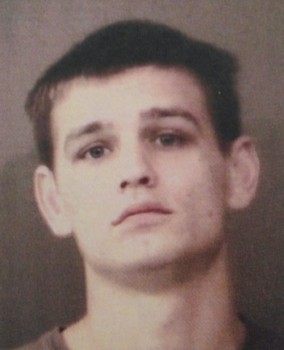 (EDITOR’S NOTE: InkFreeNews.com does not normally identify any names who could be associated with the victim of a sex crime. However, the victim and her parents were identified in open court.)

The task of proving beyond reasonable doubt Wesley Lee Melton Jr., did perform or submit to sexual intercourse with a 13-year-old female, was underway at 3 p.m. Monday, June 8, in Kosciusko Superior Court 1. With a 12-member jury and one alternate juror seated, and preliminary instructions given to the jury, the jury was given a preview of the case with opening statements.

Christanne Hampton took the jurors back to the spring of 2013. Chelnessa Smith, her children Jacob and Alyssa and her 20-year-old nephew Wesley Melton were residing at 306 Turkey Creek Drive, Milford. Melton, according to Hampton, had returned with Smith after a trip to Oklahoma.

“Wesley Melton shared a room with Jacob,” stated Hampton. Alyssa Smith had her own room as did her mother. It was noted Alyssa would spend a week at a time with her father, Albert Smith.

Hampton said everyone believed the relationship between cousins was normal. That changed sometime between April 1 and April 29, 2013, when Melton allegedly entered Alyssa’s bedroom and sat down on her bed. She explained he allegedly started touching her thigh, then laid down in the bed with her with things escalating to the point he partially removed her pajama bottoms and his pants having sexual intercourse with her, then ejaculating on the bed.

“It was not reported right away,” said Hampton who said Alyssa told another child who told an adult. She was scared, confused and embarrassed. “An older cousin had entered her life and made her feel special. She believed he treated her more like a girl friend than a cousin.”

Alleged text messages adults found inappropriate on Alyssa’s cellphone were noted and discussions between adults followed. However, when questioned the teen denied anything happened. But she confided in her father’s long-time girl friend, Vicky Cole. Milford Police were then contacted and the investigation began.

During the defense’s opening statement, Rigdon provided some “facts the state left out.” He told jurors Melton came to Indiana due to some trouble in Oklahoma, he wanted to change his life around. “While there he slept with Jacob, when she was not there he slept in her room,” Rigdon stated, noting there will be scientific evidence he was in her bed.

“He did the kind of things you do to get your life straightened out – find work and a girl friend,” said Rigdon. Melton and his girl friend enjoyed time together. Occasionally the girl friend would come over to the house. “Alyssa might be there or might not. They had opportunity to be alone.” He further stated when they had time to be alone they did engage in sex in Alyssa’s room.

Melton, according to Rigdon, lived in the house until the end of April or first of May 2013. About the time he left, Alyssa turned 14. He asked the jury to remember the important date April 29, 2013. Melton left and moved into his own place with his new girl friend. Rigdon stated on June 6, 2013, Melton went back to Oklahoma to face what he left behind – charges of receiving or possession of stolen property. He was arrested and returned to pay the price there.

Rigdon stated all these adults had been having discussions of alleged inappropriate actions with the young teen continually denying anything happened. “The day it breaks is June 7, 2013, the day after he was not around to talk.” Rigdon stressed the importance of dates and his client will get on the stand and “tell you he didn’t do it. He had no relationship with the girl. The evidence is not there (to prove him guilty). He is not guilty of this crime.”

The case continued with three witnesses called before the court adjourned for the day. The trial will reconvene at 8:30 a.m. Wednesday.