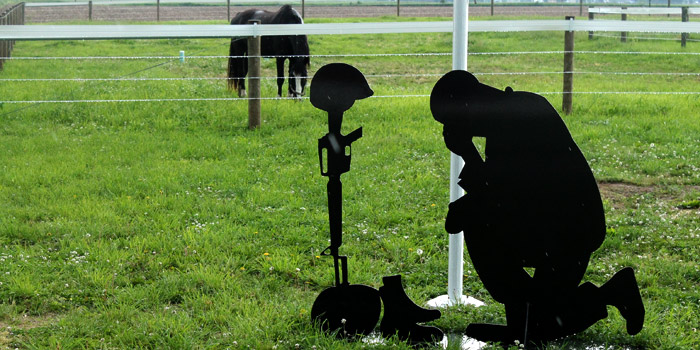 This fallen soldier cross was donated to Magical Meadows. (photos by Katie Lyon)

Magical Meadows hosts several events throughout the year. Flag Day is the next event that will also recognize and honor veterans.

Stackhouse said, “I’ve learned the statistics about veterans and veterans with PTSD. Twenty-two veterans a day commit suicide. It’s time for us to do our part.”

Since the program started in February, a few veterans have already gone through the Warriors Mount Up program. One veteran, who Stackhouse was very proud of, Ted Grubbs, was the first participant in the program.

Grubbs is an Iraqi war veteran. Stackhouse says he was at first terrified of the horse he was asked to ride. The horse’s name is Sebastian. Grubbs was asked to ride Sebastian and the guide walked Sebastian with Grubbs on his back around the facility. 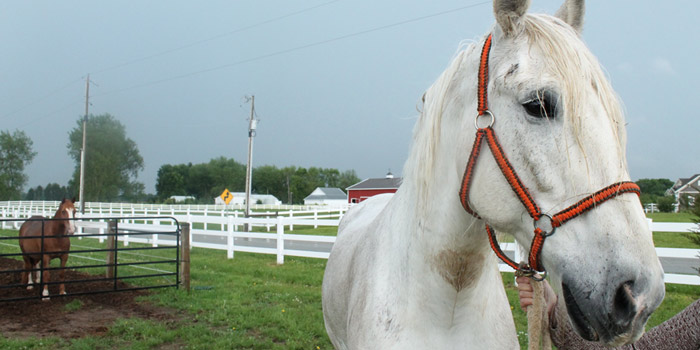 Sebastian is the horse Grubbs was first terrified to get on.

Stackhouse says eventually, the guide let go of Sebastian and Grubbs was riding the horse with no assistance. “Ted found a new battle buddy,” Stackhouse said. “In war, a battle buddy is someone to watch your back.”

Magical Meadows latest Warrior Mount Up program has assisted several veterans around the area. Stackhouse said, “Our goal is to let veterans know they have a safe place to come and share their emotions with the horses.”

Stackhouse and Executive Director of Magical Meadows Carl Adams want the community to know that their facility is a place of peace and hope. “The hardest part is stepping through that door,” Stackhouse said. 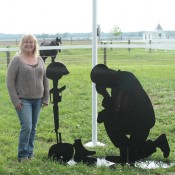 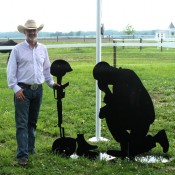