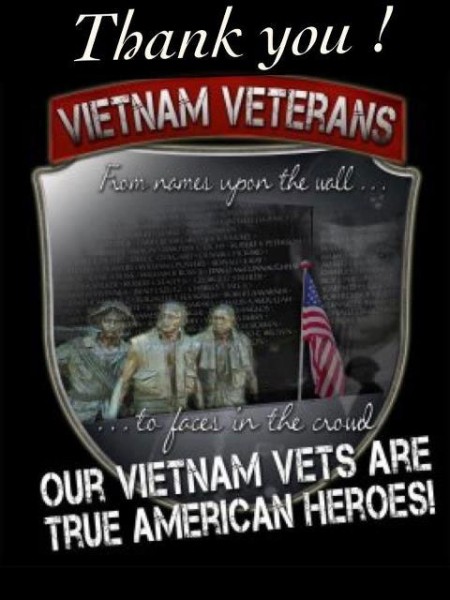 One of the darkest days of my life was April 30, 1975.  My boyhood friend and fellow Eagle Scout, L/CPL Darwin L Judge was killed along with CPL Charles McMahon of Woburn, Massachusetts.

I was a Senior at Marshalltown (Iowa) High School and working a co-op job at a local grocery when it was announced that these two young U.S. Marine Security Guards had been killed at Tan Sun Nhut Airbase by Communist North Vietnam forces on April 29.  They were the last two Americans killed on Vietnamese soil during the Fall of Saigon.

In the confusion of those attacks their remains were left and not returned until after negotiations in March 1976. On this 40th Anniversary of the end of the Vietnam War the pain of that day is still real in my mind.

Darwin and Charles are representative of the 58,272 Americans who died in Southeast Asia whose names are etched on the Vietnam Veteran’s Memorial (The Wall) in Washington, DC.

In a very unpopular war 9.7 percent of the Vietnam generation served in the Armed Forces. They responded with duty and honor when their nation drafted them or they volunteered.

Vietnam Veteran’s have carried the scars of war in body, mind and spirit for over 40 decades. Some came home enduring being called “baby killers,” spat upon and other dishonorable acts. No one talked about PTSD in those days. Many of them were my NCO’s and officers when I served in the U.S. Army from 1975-1979.

I have learned much from them because in spite of how they were treated they love our nation and the flag they fought under.

Over the years I had the privilege of visiting Darwin’s parents, Henry and Ida, on many occasions. Both of them are with the Lord in eternity along with Darwin and their other son, Loren, who died from unknown complications after military service. They were never bitter for what had happened and carried their mourning with dignity.

“It’s never too late to say thanks to a Vietnam Veteran,” Henry and Ida would remind me and tell others.

If you know a Vietnam Veteran take a moment to say “thanks.” On this 40th anniversary to all Vietnam Veterans “thank you” for responding to duty, serving with honor, loving country and defending liberty.