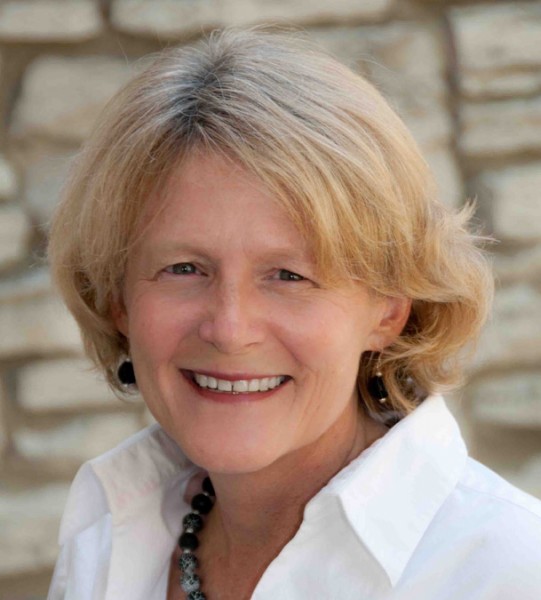 “To the end that justice be established, public order maintained, and liberty perpetuated; we, the people of the state of Indiana, grateful to Almighty God for the free exercise of the right to choose our own form of government, do ordain this constitution.” — Preamble, Indiana Constitution

Legal scholars say you can learn much about a society by reading the documents that organize its institutions. Using the Indiana Constitution as our yardstick, here’s what Hoosiers value: a fair legal system, public education, financial solvency and liberty, especially freedom of religion and freedom of thought.

These ideals were firmly established in the 1851 constitution that remains the foundation of Indiana government. That constitution, submitted to and approved by voters, replaced the original 1816 document famously written under a Corydon elm tree.

The biggest change from the first to the second constitution? “The prohibition on state debt,” says Ralph Gray, retired professor at Indiana University-Purdue University Indianapolis and author of a dozen books on Hoosier history. “It has kept the state out of financial trouble, and that has really helped us over the years.”

Indiana has the eighth oldest constitution in the nation, one of the shortest at 10,230 words and “one of the least modified,” the Indiana Historical Bureau notes.

The rewriting occurred as a result of a provision in the 1816 constitution that called for a survey every 12 years to determine if voters favored a constitutional convention. By 1849, those wanting change outnumbered those opposed 81,500 to 57,418.

Delegates gathered in the House of Representatives in Indianapolis on Oct. 7, 1850, to begin the drafting process. Sixty-three were farmers, reflecting the state’s agricultural economy, and 37 were lawyers. Others in attendance: 18 doctors, 10 merchants, a millwright, a teacher and a bricklayer.

Most of their modifications were deemed necessary for more effective governance. For example, the convention replaced annual sessions of the legislature with biennial ones after experience proved there wasn’t much for lawmakers to do each year. Delegates agreed that more offices should be elected by voters rather than appointed by the General Assembly. The terms for governor and lieutenant governor were changed from three to four years to correspond to legislative sessions.

The state was prohibited from incurring debt except “to meet casual deficits in the revenue; to pay the interest on the state debt; to repel invasion, suppress insurrection, or, if hostilities be threatened, provide for the public defense.” That language was in response to the state’s near bankruptcy in the 1840s from overspending on canals and other infrastructure projects. 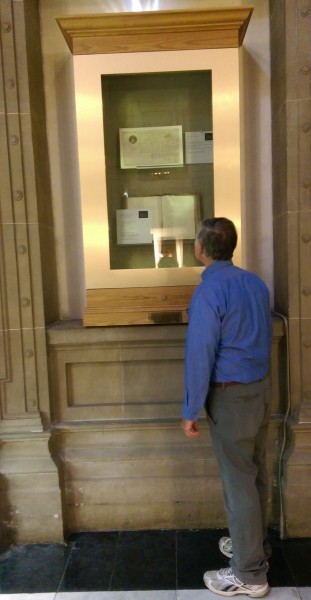 A tourist examines a display case that holds the restored state constitutions from 1816 and 1851. The case has special environmental and security features to protect the documents.

The delegates gave the Bill of Rights top billing in Article I, echoing many principles first stated in the Declaration of Independence of 1776, including “that all people are created equal; that they are endowed by their creator with certain inalienable rights; that among these are life, liberty, and the pursuit of happiness.”

“The new constitution was not a perfect document,” notes Indiana historian James H. Madison. Most notably, the convention’s understanding of equality reflected the prejudices of the day. Delegates debated but rejected efforts to give women property rights. Article XIII prohibited African-Americans from migrating to Indiana, despite the fact 11,262 blacks were Hoosier citizens as of the 1850 census.

Article XIII was nullified by the U.S. Constitution’s 14th Amendment, adopted after the Civil War, which granted blacks citizenship rights and equal protection of the laws. It was formally removed from the constitution in 1881.

To its credit, Madison says, the new constitution retained many of the best features of its predecessor “and it continued a basic framework that enabled Indianans to govern themselves largely as they wished.”

Directions: Indiana’s constitutions are on display in the Statehouse Rotunda when the Indiana General Assembly is in session. The address is 200 W. Washington Street, Indianapolis, 46204.