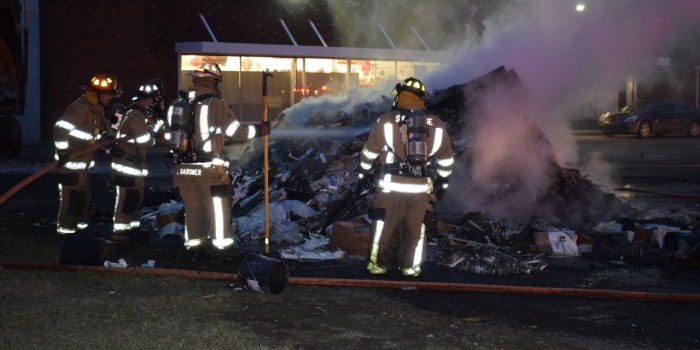 Earlier this morning Syracuse Fire Department, Syracuse Police Department and the Kosciusko County Sheriff’s Department responded to a fire on Pickwick Drive, in the Family Dollar parking lot, in Syracuse.

According to officials at the scene, a garbage truck picked up something hot and its load was ignited. The driver was able to dump the entire load in the parking lot, where it was extinguished. No injuries were reported, and the fire is under control at this time. 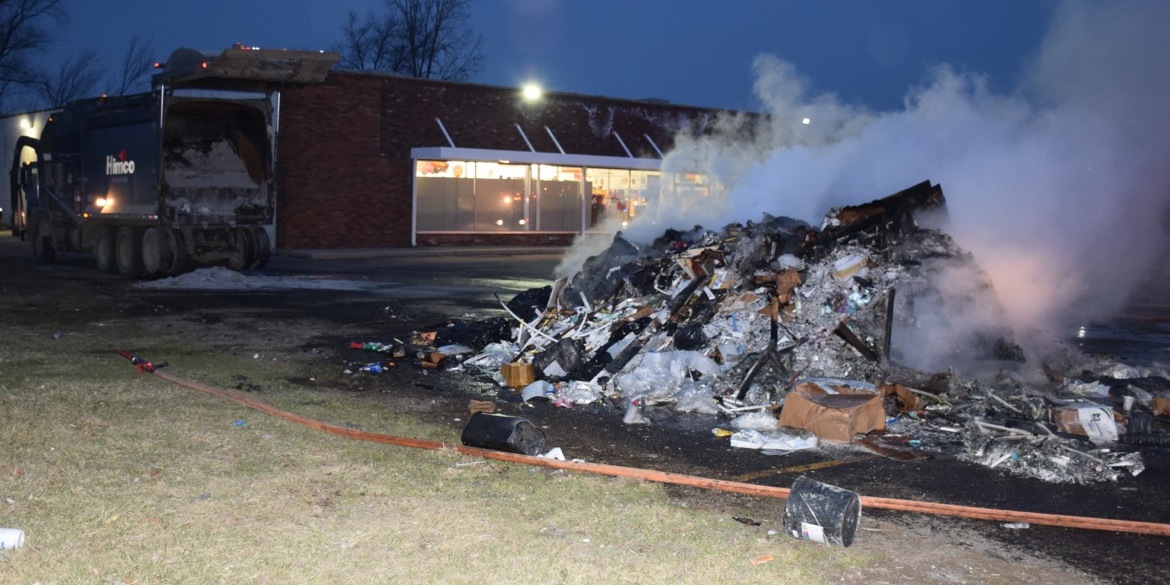