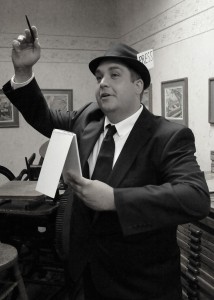 It all comes down to one game…

It’s going to be a great weekend for Kosciusko hoops fans. The Tippecanoe Valley Lady Vikings will be playing for a state title and three boys teams are still in the running for sectional titles.

This past week was not great for all area hoops fans as we closed the book on the seasons for Lakeland Christian Academy, Whitko and Warsaw’s boys basketball seasons. But, I trust that the spring season will bring better luck for all three schools.

I want to congratulate the Grace basketball team on being selected to play in the NAIA National Tournament and wish them the best of luck in their opening round game against Bellevue next Thursday.

I was not sure what to do with extra space this week because I am only picking a few games. So, I thought really hard, which led me to have to take a nap because I usually don’t think very hard. After the nap I realized that I should use this space to talk to you all about something very important, then I made a snack. I made some toast with peanut butter and strawberry jam and it was delicious. You really have no idea how good it was. It’s better than your traditional PB&J. Try it sometime.

Anyway…I did some research and I figured out a very practical way at revamping our education system in the United States. What better way to use the extra space I have allotted this week than to help solve a big problem that our country faces? Instead of using the space to ramble on and waste it talking about food or napping, I can now help others. Let’s get to it!

…You know what? I clearly used too many words earlier and have used up that free space that I had talking about my nap and PB&J variations. Maybe in the next edition we can tackle that global warming issue, er, reformed education? Congressional term limits? Immigration? Well, whatever it was, I’m sure they are figuring it out in Washington D.C. right now.

Culver (6-16) v. Triton (16-7), 6:30 p.m.
The Scoop: Triton did not look great the other night. The Trojans appeared to have overlooked LaCrosse and almost paid for it. Thankfully, Triton pulled it together in the fourth quarter and avoided an early exit from the state tourney.
To put it simply, the Trojans should be well on their way to a sectional title. They’ve got their hiccup out of the way and should be able to take care of business with Culver and whoever shows up in the title game. The Trojans have the best defense in the bracket (39.5 points per game) and I don’t think they’ll struggle much as long as somebody is hitting buckets. Oh, and Triton gets to dish out some revenge after being embarrassed by Culver in last year’s sectional.
The Pick: Triton 58, Culver 42.

South Central (13-9) v. Oregon-Davis (9-13), 8:00 p.m.
The Scoop: I won’t even pretend like I know anything about either of these teams. O-D lost to South Central earlier this year and I don’t think that the Bobcats have improved that much over the course of the season.
The Pick: South Central 50, Oregon-Davis 40.

Triton v. South Central, 7:00 p.m. 3/7 *Predicted Sectional Title*
The Scoop: My thought doesn’t really change much here for the Trojans. They are the best team in the sectional and get to play on their home court. South Central is good enough to win, but I don’t see Triton choking at The Trench this year.
The Pick: Triton 45, South Central 34.

Tippecanoe Valley (14-8) v. Wawasee (12-11), 6:00 p.m.
The Scoop: These two teams met last Friday night in a game that Valley was able to pull away in and win 63-49. The big difference this Friday is that the Warriors will have Gage Reinhard back from injury to help the cause. Reinhard makes a big impact on offense and arguably a bigger one on defense for the defensive-minded Warrior squad.
Valley was able to spread the ball around and get a nice night from Chandler O’Connor last time our against Wawasee. If the Vikings can control the paint again, then I don’t think Wawasee can win.
This game is about as close to a push as you can get. I won’t be surprised about anything that happens in this game, but I will say that I think Reinhard is the difference maker for Wawasee in this game.
The Pick: Wawasee 56, Valley 52.

Fairfield (16-9) v. NorthWood (20-2), 7:30 p.m.
The Scoop: If you can make it to West Noble Friday night, I promise you that it will be wroth the trip. Both games should be excellent and this showdown is guaranteed to be fun.
NorthWood escaped the Falcons 57-56 in a holiday tournament earlier this year, which sets a great stage for this game. Fairfield boasts arguably the best player in the sectional in Joe Line while NorthWood had a three-headed monster with Vincent Miranda, D.K. Fox and Braxton Linville that is a nightmare to defend.
Just like the Valley-Wawasee contest, anything can happen in this game.
NorthWood is tough, not as tough as they have been in recent years, but still tough and this is still the Panthers sectional to lose.
The Pick: NorthWood 61, Fairfield 54.

Wawasee v. NorthWood, 7:30 p.m. 3/7 *Predicted Sectional Title*
The Scoop: If Valley wins Friday, this game will be moved to Monday night to accommodate the girls state title game.
Let me restate something, this is NorthWood’s sectional to lose. Wawasee proved they could play with the Panthers earlier in the year, but it’s about winning now. Wawasee can beat NorthWood, Valley can beat NorthWood, Fairfield can beat NorthWood, but I won’t waver from my pick until somebody does beat the Panthers.
The Pick: NorthWood 64, Wawasee 53.

Tippecanoe Valley (25-2) v. Princeton (29-1), 6:00 p.m.
The Scoop: I got a good response from the picture I used in last week’s picks. I showed my support for this awesome team prior to the biggest game of its program’s history and it certainly didn’t hurt. Well, this week I’ve decided to not do a special picture or any kind of gimmick. It’s not needed at this point.
The Lady Vikings have proven game after game that they belong on this stage. The task gets a little tougher this week as Valley takes on a Princeton team that boasts the state’s best scorer, Jackie Young (31 points per game). Young has good talent around her, especially in center Brooke James. The Lady Tigers will be no easy feat for Valley, but that shouldn’t discourage the Lady Vikings. After all, Valley is 6-1 against feline-themed foes this season.
Anytime that the stakes have gotten higher and the lights have gotten brighter, Valley has only gotten better. This team thrives off of being challenged and I have no doubt that the girls will leave it all on the court this Saturday. I won’t get deep into analysis with this game because I will have a full preview up on this game by Friday afternoon.
I have made my picks for this team based on what my gut tells me. I won’t waver from that formula this week.
I dubbed this squad a “team of destiny” a few weeks back. Since that time my thoughts have only been reinforced that the Lady Vikings following a path of fate.
No matter what happens on Saturday, the 2014-15 Lady Vikings basketball team will be remembered for fulfilling their destiny, there is no doubt about that. The only question is, what is that destiny going to be?
The Pick: Valley 57, Princeton 52.