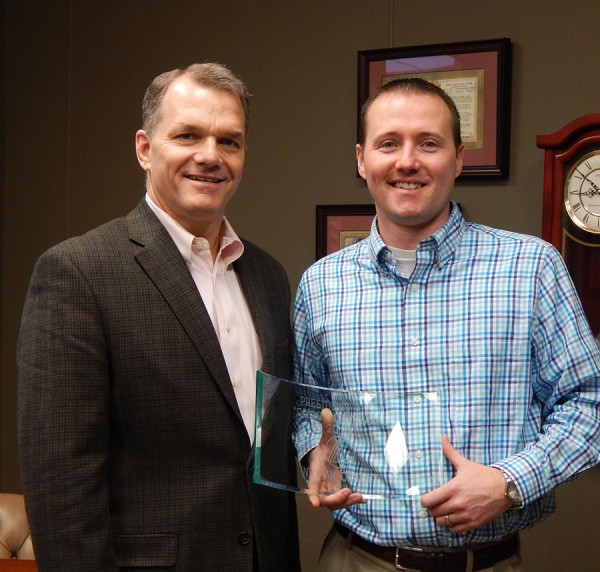 Each year, Lake City Bank grants this award to an individual who has gone above and beyond in representing the bank, internally or externally. Conley was honored because of his exceptional work in developing and growing the bank’s small business lending function, where he works with retail and commercial relationship managers on small business loans. Under Conley’s management since 2012, the area has grown to three times its original size.

“Nate has been a true game changer for us,” said President and Chief Executive Officer David M. Findlay. “The growth in small business lending on his watch is significant, but far more important,

Nate has enabled us to offer responsive, personalized service to our small business customers in all of our markets.”

Conley is active outside of Lake City Bank as well. He works with Junior Achievement, United Way and the Kosciusko Leadership Academy. He is also a youth leader at his church and serves on the board of his homeowner’s association.

Lake City Bank, a $3.4 billion bank headquartered in Warsaw, Indiana, is the fourth largest bank in the state, and the largest bank 100 percent invested in Indiana. Lake City Bank operates 46 branch offices in northern and central Indiana, delivering technology-driven solutions in a client-centric way to individuals and businesses. The bank is the single bank subsidiary of Lakeland Financial Corporation. For more information visit www.lakecitybank.com.