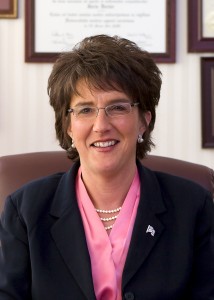 This week, Rep. Jackie Walorski supported a package of legislation to combat human trafficking. The 10 bills were passed with bipartisan support and would help prevent human trafficking in the U.S. and internationally.

“Enough is enough. Human trafficking is the second fastest growing crime in the U.S. and sitting idly by while traffickers advertise innocent women and children is not an option,” said Walorski. “Ending this repugnant industry as quickly as possible should be the goal of every member of Congress, regardless of party or politics.”

In Walorski’s home state of Indiana, Indianapolis hosted the 2012 Super Bowl, a major human trafficking event. State Senator Randy Head authored SEA 4, now law, to train and combat human trafficking. Thanks to his legislation, 4,000 people were trained before the event and 68 arrests were made during the week of the Super Bowl.

Head thanked Walorski for her support of federal legislation to help end this practice.

“I commend Rep. Walorski for her conviction to put an end to human trafficking,” Head said. “Indiana has taken great strides to combat this atrocious crime, and I’m encouraged to see that Congress is joining the fight.”

The bills passed by the House this week included:

The bills now head to the Senate for further consideration.