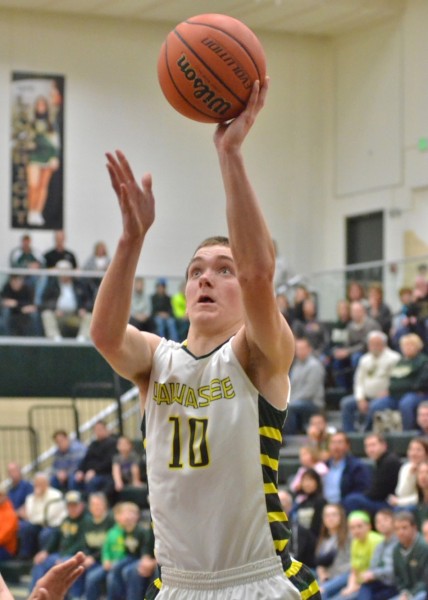 SYRACUSE – It would have been huge.

Instead of ending a 24-game conference losing streak Friday night, the Wawasee Warrior basketball team watched it grow to 25 and will have it linger for at least another week.

The Plymouth Pilgrims escaped an electric crowd and a determined Warrior squad at the Hardwood Tee Pee, handing Wawasee its sixth consecutive loss by a score of 53-48.

The Warriors battled with the Pilgrims through all four quarters, giving fans the most exciting home game of the season to date. But when it came time to make plays down the stretch, the Warriors could not get shots to fall.

Alex Clark, who scored Wawasee’s first eleven points of the game, made a basket to put the Warriors up 48-47 with 3:07 remaining in the game. The Warriors were on top, the crowd was in a frenzy, but the Pilgrims were not phased. Clark’s seemingly huge shot would prove to be Wawasee’s final of the night.

Plymouth had a pair of 6-0 runs in the third quarter, and while Wawasee was only outscored 13-11 in the frame, the Pilgrims made a statement with their offense at that time and would reestablish that statement late in the game. 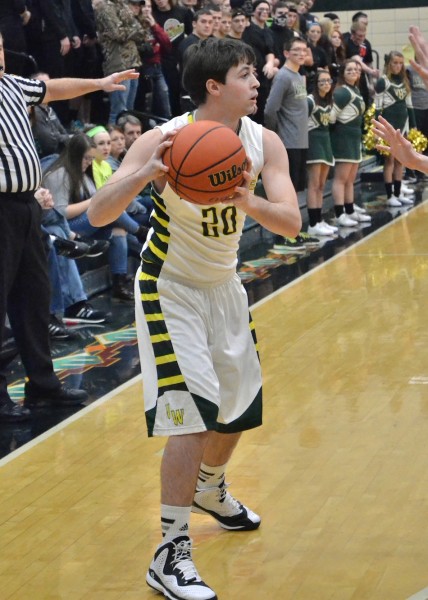 “It came down to, really, right at the end where we could not keep Plymouth from getting the ball inside,” said Wawasee head coach Steve Wiktorowski. “We talked and talked and tried to get help but Plymouth just got a couple of inside baskets that really hurt us.”

Plymouth’s Tyler England and Josh Anders were able to benefit from Wawasee’s lack of defensive presence in the paint. Both players had 18 points and were a combined 13-18 from the floor. England was also 8-11 from the charity stripe.

Wawasee (5-7, 0-4) was having a solid night offensively. Seven Warriors scored in Friday’s game, including Clark who had a team-high 17 points. Once Plymouth started working Clark out of the mix, Gage Reinhard stepped up and shot 4-6 overall and 2-3 from deep to finish with 10 points. Aaron Voirol added another nine points, seven of which came in the fourth quarter.

But Plymouth (10-3, 2-1) was able to bore the Warriors into a loss in the game’s final three minutes, which consisted of the Pilgrims holding the ball for close to two of those minutes. 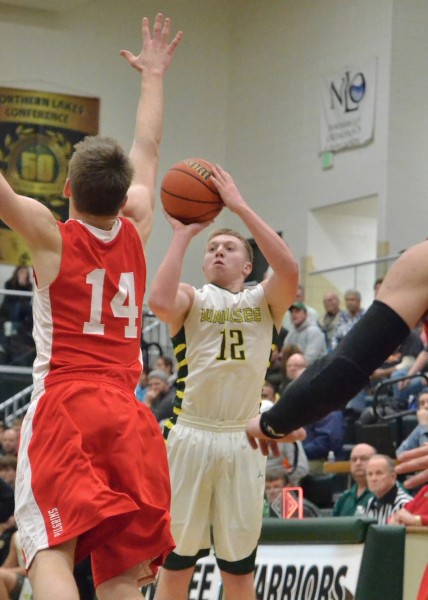 There was no secret, this was a game that Wawasee could have, and probably should have, won. The plays just did not come when the Warriors needed them the most.

“We’re unbelievably frustrated,” Wiktorowski stated. “Our kids have just been tremendous through this season. They work their tails off in practice, we never have a bad practice. They stay positive, they support each other. So, yeah, it’s very frustrating.

“There’s a lot of heads down right now, but I think they know that they did more positive things than negative tonight.”

It would have been huge, but it was not meant to be and the Warriors will look to right the ship and end the streak next weekend. Friday Wawasee will travel to Concord for a 7:45 p.m. tip while Saturday Lakeland will host the Warriors for a 7:30 p.m. tip. 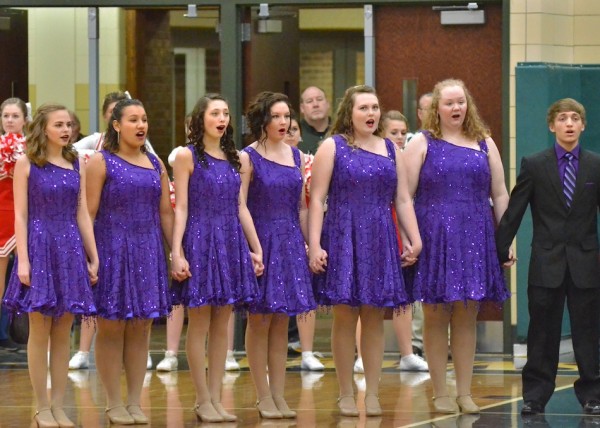 Fans were treated to Wawasee’s Vocal Motion before the game as the show choir sang the national anthem.