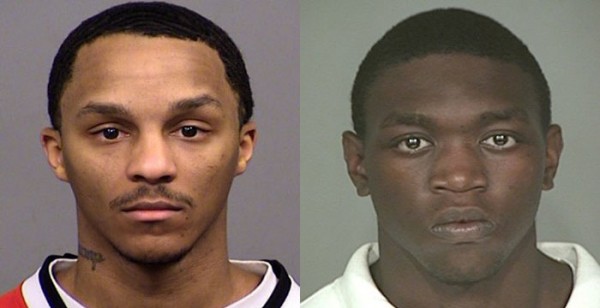 Aaron Varner, 29, and Alan Winn, 23, were arrested in Lawrence, IN, on Monday Jan. 6 after a cell phone taken in an armed robbery led police directly to the apartment complex where they were located.

The two men allegedly stormed into a T-Mobile store on Pendleton Pike around 1:45 p.m. Monday and ordered all the occupants into a back room. They then forced the victims to lay on the floor at gunpoint and restrained them with zip ties.

The suspects took phones, tablet computers and cash from the store, including an employee’s personal cell phone. When police arrived, the employee used a locator app which said the phone was approximately three miles away at an apartment complex on Brigadier Drive.

When officers arrived at the complex and located Varner and Winn in one of the apartments, the men admitted to being involved with the robbery. Investigators also found cash and stolen phones and tablets inside the apartment. The employee’s phone was found in a dumpster outside.

During questioning, the two men also confessed to several other armed robberies in Marion county, which are being investigated by Lawrence police and IMPD.