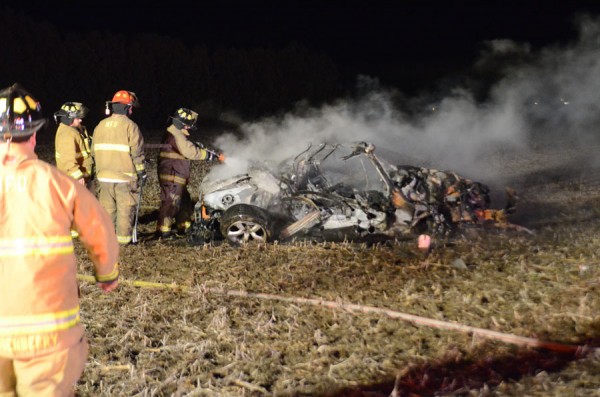 The vehicle accident early this morning on CR 1350N, between CR 200W and CR 300W has claimed the life of one individual.

Deputies and emergency personnel arrived on scene to find a disintegrated 2007 Nissan, 350 Z, engulfed in flames, in a field. The Milford Fire Department subsequently located a charred body inside the passenger seat of the vehicle.

Kosciusko County F.A.C.T/crash investigators preliminarily determined that the fatality vehicle had been eastbound on CR 1350N at high rate of speed. The driver of the vehicle had lost control, causing it to slide off the roadway surface, striking a tree and sign post, before coming to rest in a field.

The crash investigation was also assisted by officers from the Milford Police Department and the Indiana State Police. 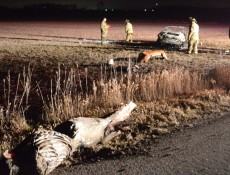 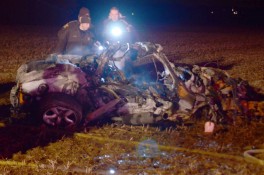 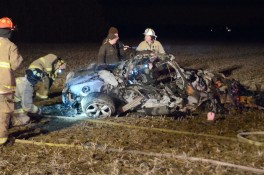 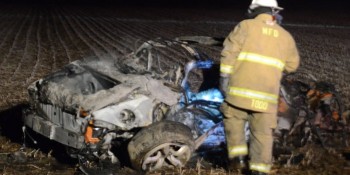