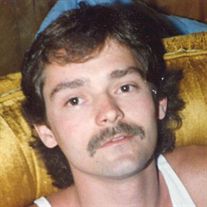 He worked for Lau Industries of Rochester, for 14 years as a machinist. He was a graduate of Caston High School. He was a certified welder, CNC Operator/Machinist and a Journeyman in Tool and Die. He was known to do many things such as woodworking, plumbing, electrical work, landscaping, grilling and watching Notre Dame football. Richard was a family man who was always proud of his children, and will be deeply missed.

He was preceded in death by his parents; a brother: Robert Fry; and maternal grandparents: Jack and Matilda Nowak.