Some people may have seen the smoke coming from E. 200 North. Not to worry, it’s a state-sanctioned training exercise for Leesburg Fire Department. 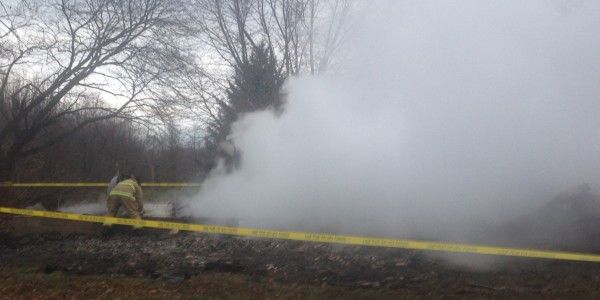 According to LFD Chief Mike Wilson, the house at the corner of E. 200 North and Cessna Road in Warsaw was purchased by Medcast. The company wanted rid of the structure and donated it to LFD for training.

Wilson stated the training was approved by the state of Indiana, and was a joint effort between LFD and Warsaw Fire Department. “This is a huge deal for Medcast to donate this,” he said. This kind of real-world training is a rare, according to Wilson.

Earlier this morning, 8 individual fires were set inside the structure. Fire fighters, just as they would in an emergency situation, went in and took care of the various fires.

At approximately 4:45 p.m., some parts of the structure rekindled. LFD returned to the scene and extinguished the flames. Everything was under control at time of posting.