↓
Protect Democracy. Support Local News
Articles→Z-File - ARCHIVES→Archive 2014→Fiber The Future For Internet in Warsaw And Beyond

In this modern, hyper-connected internet age we now live in, quality internet service is of the utmost importance. Every second of every single day, terabyte upon terabyte of data is transferred from server to server all over the world – streaming videos, Facebook updates, checking email, and so much more.

This is a brave new world. It wasn’t that long ago that we were connecting to the web with AOL dial-up (remember that robo-freak-out noise your computer made when you signed on?). The technology has since progressed; dial-up begot Digital Subscriber Lines (DSL, transmission over telephone wires), then came the cable modem. Then wireless service providers got involved, and we got EVDO, then 3G, then 4G, then LTE and satellite broadband. 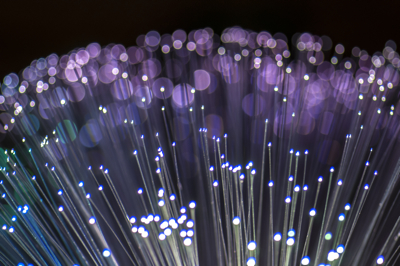 What’s the next big thing? It’s broadband fiber, and it’s already here. According to www.broadband.gov: “Fiber optic technology converts electrical signals carrying data to light and sends the light through transparent glass fibers about the diameter of a human hair. Fiber transmits data at speeds far exceeding current DSL or cable modem speeds, typically by tens or even hundreds of Mbps.”

“On a single fiber that’s the size of your hair, you can currently get speeds up to 40 gigabits per second,” said Tim Hori of Warsaw Fiber, the company bringing fiber to Kosciusko County. “And, if you ever needed it, the University of Denmark has designed a laser that can transmit 43 terabits per second over a single fiber.”

To put these speeds in perspective: on fiber you could download an Ultra HD feature film in less time it takes you to say, “Ultra HD feature film.” Granted, data transmission speeds do vary based on some variables, but, in general, fiber is exponentially faster than any other service available.

“Fiber really is the future of how the internet will work,” said Hori. “Fiber is needed because most people don’t realize how much data is being used. In the average home, think about the number of devices connecting to the internet.”

In my case, there’s three tablets, three mobile phones, two computers and a smart TV running at any given time. If I’m working from home, add another computer to that. That kind of data usage can quickly eat up the bandwidth provided by my copper wire DSL connection.

“That’s one of the issues with copper,” Hori said. “You’re distance bound. It’s why [cable providers] can only go so far.”

“We’re getting 12 miles without signal loss,” reported Hori. “Up to 20 miles without any data loss. It’s essentially unlimited bandwidth.” Additionally, fiber has no weather issues, is up 99.999 percent of the time and is “future proof.”

In March of 2010, the Federal Communications Commission issued the National Broadband Plan, an initiative designed to improve internet access in the United States. “Twenty-fIve years ago, the world wide web did not exist. Very few Americans had even seen a mobile phone, and broadband networks were available only to a few businesses and research institutions,” the plan stated.

“Today, innovations such as broadband and others like it drive the creation of a wide variety of products and services,” it continued. “The competitive forces that sparked these breakthroughs need to be nurtured, so that the United States can continue to reap the benefits of its unrivaled culture of innovation.”

About a year later, internet juggernaut, Google, announced it would build an ultra high speed fiber network in Kansas City, Kan., bringing one gigabit of access to every home in the city. “The communications network is the thing that’s falling behind in the speed of innovation,” Milo Medin, vice president of Access Services at Google, said at the time. “What we’re trying to do with this innovation effort is take people from a megabit web to a gigabit web. One of our goals is to deliver that kind of connectivity to ordinary people.” 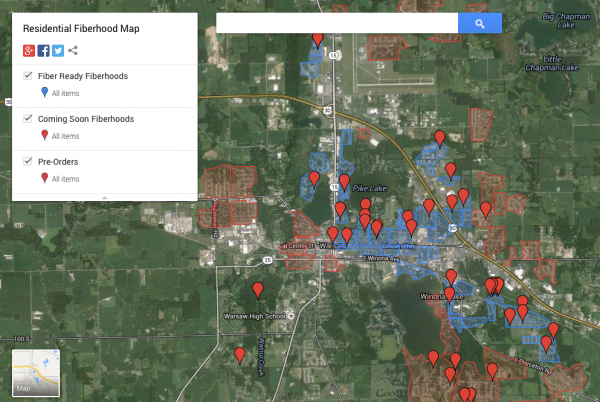 At approximately the same time, Warsaw Fiber was established here in Warsaw, Ind., and began providing high-speed internet to a handful of local businesses. “We’re following suit with what Google Fiber has done in Kansas City,” said Hori.

“Warsaw Fiber has already buried many miles of fiber throughout Warsaw,” Hori said. “Right now, a third of our total market is in a fiber accessible zone.”

In recent months, Warsaw Fiber has entered into agreements with the Warsaw Redevelopment Commission and the town of Winona Lake to further expand its fiber optic infrastructure. The Downtown Fiber Agreement states WRC will pay 60 percent of build-out costs to put fiber optic cable in the downtown area. In return, Warsaw Fiber will sign up at least 10 business customers in the downtown TIF District. 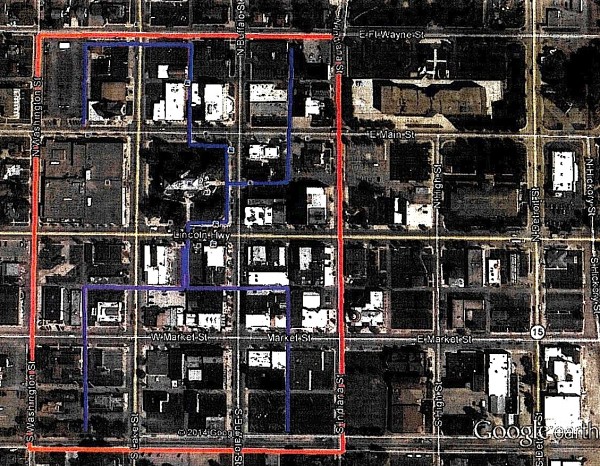 This agreement will allow downtown businesses access to fiber at significantly reduced installation costs. Furthermore, it lays the foundation to eventually provide fiber optic broadband to residents in and around downtown Warsaw. “It makes it accessible and affordable to a lot of people in that area,” said Hori.

In the case of Winona Lake, the town was looking to upgrade its information technology provider. “We sought quotes from other IT providers,” said Town Coordinator Craig Allebach at the Winona Lake Town Council meeting in September. “After analysis we discovered we could go to fiber.”

Warsaw Fiber will provide broadband service to Winona Lake Town Hall, Winona Lake Street Department and Winona Lake Fire Department. Incidentally, by installing the cable to provide this service, the businesses in the Village at Winona can easily access the network, and eventually residents will be able to tap into it as well.

“As a local company, we want to provide a good service, yet keep it affordable,” Hori said. “That being said, we’re not trying to be a cheap alternative. Our goal is provide the fastest, most reliable Internet service around.”

For more information on Warsaw Fiber and fiber access to both businesses and residential service in Kosciusko County, visit warsawfiber.com.