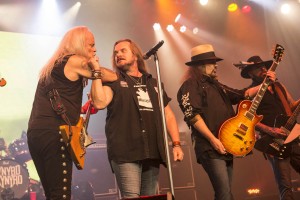 Lynyrd Skynyrd performing at the Ryman Auditorium in Nashville.

INDIANAPOLIS – Concerts that are part of the 2014 Indiana State Fair begin next week as Lynyrd Skynyrd performs on Thursday, July 31 (pre-fair) followed by amazing shows at the Fairgrounds Coliseum and Free Stage throughout the run of the fair.

Also, in celebration of the Year of the Coliseum, nationally acclaimed Beatles tribute Band, BritBeat, previously scheduled to play on the fair’s Free Stage, will now take the stage in the Coliseum for a free show beginning at 7 p.m. They will play a special two-hour show that will commemorate the Beatles’ Indiana State Fair appearance in the Coliseum 50 years ago on Sept. 3, 1964. Other headlining concerts at the Fairgrounds Coliseum include Pitbull, American Idols, Phillip Phillips, Jim Gaffigan and Hunter Hayes. 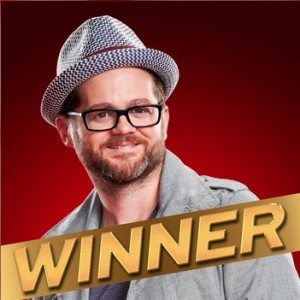 This year’s Indiana State Fair Free Stage line-up has a long list of big name performers that cover all genres of music. From Kansas to Canada, these artists are coming from all over the globe to sing hits from the 1960s to today. Indy’s own Josh Kaufman will belt out tunes in his unique, soulful sound to show off how he recently became the winner of NBC’s “The Voice” season six, and Indy-based singer-songwriter Jennie DeVoe has recently been added to kick-off this impressive line-up on Aug. 1.

There are seven shows that are part of the Shane Co. Coliseum Concert Series and will take place in the newly renovated Fairgrounds Coliseum. Here is the complete line-up:

Tickets for these shows (with exception of BritBeat as it is free) can be purchased at the Fairgrounds Coliseum box office and all Ticketmaster locations. They can also be purchased through Ticketmaster charge-by-phone at 1-800-745-3000 or online at www.ticketmaster.com. For more information, contact the Fairgrounds Coliseum box office at (317) 927-7601 or visit www.indianastatefair.com.

All of these shows are free with paid admission to the fair. The Free Stage, a permanent stage in the northwest corner of the fairgrounds in the Dow AgroSciences Celebration Park, can accommodate about 5,000 fans. For more information, visit www.indianastatefair.com.

General admission is $10; discount tickets are $7; kids 5 and younger are free. Discount tickets are available at www.indianastatefair.com presented by Mattress Firm and the Indiana State Fair box office through July 31, and can also be purchased at all participating Indiana Walmart stores and all CVS/pharmacy stores while supplies last. State Fair parking is $5.