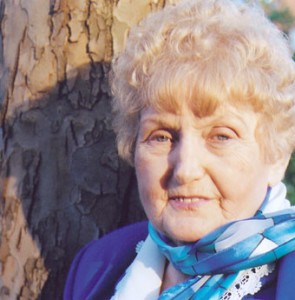 Editor’s Note: Eva Kor spoke at the Manahan Orthopaedic Capital Center at Grace College on Tuesday, March 25. Kor gave two lectures, one to students in the afternoon and a community presentation and book signing in the evening (see related).

This spring, Warsaw was given the amazing opportunity to meet and hear from Eva Kor, a survivor of the Holocaust. Eva Kor was put into Auschwitz when she was just a child. She and her twin sister were experimented on by Doctor Mengele, and were kept alive by their determination and, as Kor swears to this day, a guardian angel.

Eva impacted the community with her astonishing message of forgiveness. Eva was able to forgive the Nazis, and as she puts it, “Forgiveness is not for the perpetrator, it is for the victim”. The following quotes are the responses of several students who were deeply touched by Eva’s message.

“I honestly thought the Eva Kor experience was very beautiful. By listening to Eva speak I was able to understand, through her very eyes, what the Holocaust truly was to a Jewish human being who not only lived in a concentration camp, but survived in one of the worst concentration camps. Listening to Eva Kor challenged me to see my own understanding of courage, survival, family, and even life itself from a different perspective. What a beautiful experience listening to Eva truly was,” said Cole Hoskins, WCHS freshman.

“I think that every person in that audience could have taken the lesson of forgiveness from her. Hearing about all her struggles in life just makes you put into perspective how strong of a lady she really is. I believe that the most courageous thing she could do was simply say ‘I forgive you.’ Being able to hear her speak was the greatest honor,” stated Hannah Rice, Edgewood eighth grade student.

“I thought that Eva Kor was truly inspirational. She made me realize that the little things that I may struggle with forgiving are nothing compared to her forgiveness story. I will never forget the day that we got to listen to her speak; it was an honor just to be in her presence. I think everyone was able to take away something from her speech.” said a student who wished to stay anonymous.

“I thought it was an amazing experience. Considering that a lot of Holocaust survivors are dead, and I got to see one speak, was just so cool. Her forgiving speech impacted me a lot and helped me to forgive one of my enemies,” noted Audrey Turley, Madison Elementary sixth Grade student.

(Editor’s Note: The article above was selected from the Edgewood Middle School student written magazine On The Edge. This was the students’ last edition this school year and we at StaceyPageOnline.com want to congratulate the students on their excellent work throughout the year. Posting of On The Edge articles will commence again in the fall when school reconvenes. Please contact Alyssa Richardson at [email protected] with questions.)