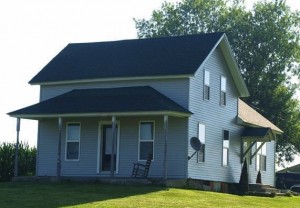 A home undergoing renovations is considered a total loss today after an early morning fire.

Sidney Fire Chief Don Ellison said his department received the call at about 1:50 a.m. that a home at 6814 S. 700 E., was fully engulfed in flames. The two-story house was not being inhabited at the time, Ellison said, although the homeowner, Gerad Peters, called in the fire.

The cause is currently under investigation.

Ellison said approximately 20 firefighters from Pierceton, Larwill and Chester Township departments assisted on scene with manpower and tankers. Firefighters remained on scene until about 8 a.m. this morning.