There are three candidates running for State Representative of District 22. Incumbent Rebecca Kubacki is running against fellow Republican Curtis Nisly in the Republican primary while David Kolbe of Warsaw is running unopposed on the Democratic ticket.

We asked Kubacki and Nisly three questions. Below are their answers. 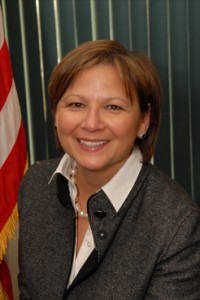 Kubacki: There are two reasons for my interest in politics. One, I have always felt helping others is a responsibility I owe to my community. There were many times growing up when someone in the community would reach out to my family and help us through difficult times. It is now my turn to help others.

The second reason was the out of control spending that was happening both at the state and federal level. In our own state we had a deficit of about $1 billion. When I was elected in 2010, I was a member of the important Ways and Means Committee. We had to make some very difficult decisions. Conservative decisions have resulted in a truly balanced budget and the fewest number of government employees in Indiana’s history. 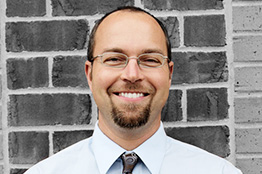 Nisly: Ever since studying U.S. Government in high school, I have been impressed that our legislatures are made up of everyday citizens. My wife and I helped State Senator Carlin Yoder’s election in 2008, and soon after that I got involved in the local Republican party. Since then, I have spent a lot of time becoming educated, getting involved and helping with other campaigns.

What are the challenges facing the state?

Kubacki: Job creation, quality education, low taxes and conservative fiscal policies will continue to be a challenge and my focus. Two of the biggest challenges I see are the meth epidemic in our community and health care costs.

Since elected in 2010 I have introduced legislations to more effectively deal with the meth problem only to be opposed by the pharmaceutical lobby who profit from this epidemic. Indiana now has the distinction of being number one in the nation for meth labs. As chairman of Family Children and Human Affairs I have seen a spike of children being taken from their homes due to neglect because their parents are hooked on meth. I have seen the destruction of families and communities and a problem that is only getting worse.

The cost of health care for the citizens of Indiana will have to be addressed this next session. We will work closely with our governor to do what is best for Hoosier families to provide the care they need in a cost effective manner. With more and more seniors entering our health care system and fewer paying in, it is predicted health care costs could be as high as 60 percent of hour budget.

We spend almost 60 percent currently on education. Some very difficult decisions will have to be made if we are going to continue moving Indiana forward, continue with balanced budgets and still meet the needs of our children, seniors and families out of work.

Nisly: The biggest challenges facing the state of Indiana are the ever increasing burdens put on us by the federal government including health care, education and environmental mandates. Hoosiers are naturally competitive, and we can creatively meet these challenges with free market solutions without being told how to by Washington bureaucrats. We need to make certain the state legislature does not add an even higher stack of regulatory burdens on Hoosiers.

How do you think you can make a difference by serving as state representative in the state legislature?

Kubacki: I believe I am making a difference. From the day I was elected I said I intended to go to Indianapolis to get things done. As chairman of the Family Children and Human Affairs I have sponsored legislation on adoption and protecting women of domestic violence. I have co-sponsored childcare bills that will keep our children safe.

We have passed right-to-work, we have provided the opportunity for every child to receive the best possible education at the school that best meets their needs for a successful future. We have led the nation in creating the best possible business environment for job creation and business expansion. We now have the fewest number of government employees on record. We have a balanced budget and the largest tax cuts in history. All of these factors have contributed to making Indiana the state that works.

I am proud of my record as a conservative in the Indiana House of Representatives and I will continue to do what I can to keep Indiana moving forward.

Nisly: I believe I can restore the public trust by listening respectfully and by adhering to the principles of life, liberty and prosperity. By focusing on personal and fiscal responsibility, I believe the state of Indiana will be more competitive, more hard working and more independent at the end of my term than it is now.

David Koble has been an attorney in Warsaw for more than 32 yeas and previously served as the elected prosecuting attorney for Kosciusko County. He was an adjunct instructor in political science for Indiana/Purdue, Fort Wayne for approximately 15 years and is currently a visiting senior professor for the Center for International Legal Studies based in Salzburg, Austria.

He has taught rule of law since 2008 in former communist states in Central and Eastern Europe including Ukraine, Latvia, Poland and Hungary. In March 2014 he traveled to Salzburg to teach the 2014 class of incoming senior visiting professors.

He graduated from Indiana University, South Bend, in 1977 with a B.A. in modern European history and obtained his J.D. from Valparaiso University in 1981.

In 202 Kolbe traveled to Cuba with a legal/cultural exchange delegation where he met with Cuban officials, law school representatives and lawyers.

Kolbe and his wife, Kathy, live south of Warsaw and are parents of seven children.

“I have dedicated my whole career to the rule of law in the judicial branch of government. I look forward to offering my gifts now in the legislative branch.”