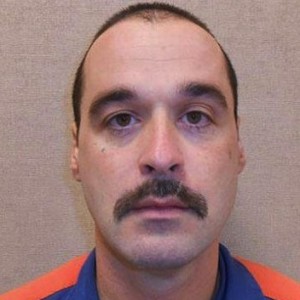 Michael David Elliot, 40, a convicted killer who escaped from the Ionia Correctional Facility in Michigan Sunday night, has been captured after nearly 24 hours on the run.

Indiana State Police have confirmed that Elliot, who was convicted of four murders in 1993, is in the custody of the LaPorte County Sheriff’s Department.

At about 12:15 p.m., the LaGrange County Sheriff’s Department received a call from a resident in the 400 block of North State Street in Shipshewana reporting that a red Jeep Liberty was parked just outside of her residence. The call came as a result of a news story that she had heard regarding both the escape and the vehicle that Elliot was last known to have been driving.

At approximately 5:30 p.m., the LaGrange County Sheriff’s Department suspended the search after finding no trace of Elliott, but encouraged residents to remain vigilant and report any and all suspicious activity.

Sometime after 6 p.m. this evening, a LaPorte County Sheriff’s Department deputy attempted to initiate a traffic stop on a reported stolen vehicle. The driver of the vehicle, now identified as Elliot, sped away. After a short pursuit, the vehicle stopped and Elliot was taken into custody and taken to the LaPorte County Jail where he is currently being held.