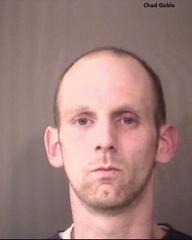 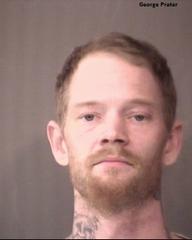 Four people were taken into police custody Tuesday following traffic stops in Warsaw that were carefully executed as part of an investigation.

At about 3:30 p.m., undercover Warsaw narcotics officers completed a drug purchase after receive a tip of methamphetamine activity. Warsaw police then stopped the suspect vehicle near Winona Avenue and Lake Street.

Taken into custody for Class B felony Dealing Methamphetamine, was Chad Goble, 34, of Mentone, and George Prater, 31, of Akron. Both are being held at the Kosciusko County Jail without bond. 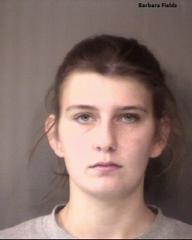 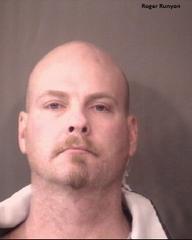 Also in the vehicle was Barbara Fields, 21, of Akron. She was arrested on a misdemeanor charge of Visiting a Common Nuisance.

Another arrest earlier Tuesday led narcotics officers to serve a search warrant on a vehicle. Officers were made aware of the location of Roger Runyon, 41, of South Bend, and verified an arrest warrant for him stemming from an October 2013 Meth lab on Center Street in Warsaw.

Officers were also aware that Runyon was a habitual traffic violator and an Indiana State Police trooper made a traffic stop on Runyon’s vehicle. At the time of his arrest, Runyon had a white powdery substance on him that tested positive for methamphetamine. The search warrant produced finished methamphetamine, spent meth labs and precursors used in the manufacture of the drug.

Runyon was initially booked on the warrant and for being a Habitual Traffic Offender. Narcotic officers also filed Class B felony charges of Manufacturing Methamphetamine.

Runyon is being held at the Kosciusko County Jail with no bond.