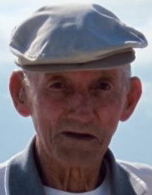 He was a resident of Kosciusko County, Ind., for the past 58 years. He worked for Macumber Construction Company, Elkhart, Ind., until his semi-retirement in 1955.  He was a self-employed carpenter, and member of the Indiana Carpenters Union 413 of Elkhart. He enjoyed the little things in life: golfing, watching the Colts and Notre Dame football. He also enjoyed spending winters in Florida on a street called Towhee where he made many friendships. John loved fishing, boating to Stump Pass and tea-time with Bob and friends.

He was preceded in death by his parents, one sister, one daughter, one son, a grandson and a great-grandson.

A graveside service will be conducted at 11 a.m. Saturday, Jan. 4, at Etna Green Cemetery in Etna Green. Services will be officiated by Pastor Tom Lemler.  Arrangements are entrusted to Redpath-Fruth Funeral Home, 225 Argonne Rd., Warsaw.

Memorial donations in John’s name may be directed to St. Jude Children’s Research Hospital, 501 St. Jude Place, Memphis, TN  38105 and would be appreciated by his family.