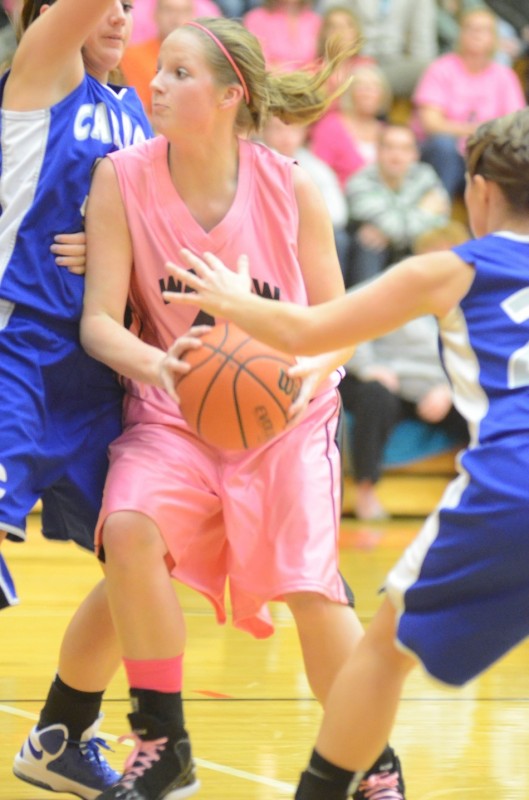 Warsaw’s Nikki Grose returns for her senior season as one of the top players in the area. The Tigers, who won sectional and regional championships last season, begin practice today for the 2013-14 campaign.

WARSAW – Michelle Harter is ready to hit the hardwood today.

The Warsaw girls basketball coach, whose team is coming off an outstanding season, is anxious for the first official day of practice for the 2013-14 campaign.

“We’re ready to get started,” said Harter in a phone interview Sunday night on the eve of starting team workouts today. “Our girls are all excited. With the success we had last year, which came about because of hard work, out players were excited about working hard in the offseason.”

Warsaw put together some kind of run a year ago. The Tigers finished 24-2 overall and won the Northern Lakes Conference championship at 6-1. They won the program’s first sectional and regional titles since 2004 before losing 47-44 at home to Fort Wayne South Side in a Class 4-A semi state game.

The Tigers do have some spots to fill this season for sure. Graduation hit hard, taking a handful of seniors. Gone are three starters from last year’s roster in Lindsay Baker, Jennifer Walker-Crawford and Melanie Holladay. Baker is now at Toledo and Walker-Crawford at Kentucky Wesleyan College. Walker-Crawford led the Tigers in scoring while Baker was third and led the team in 3-pointers.

“One of the keys for us this year is that we definitely have to find some scoring,” said Harter, who is 80-31 in five seasons. “We’re going to have some younger kids step in and some different roles for some people.”

The Tigers do return a pair of starters in seniors Nikki Grose and Eryn Leek. Grose, a Junior All-Star, should be primed to have a huge year. The 6-1 post player was second on the team in scoring at 11.8 points-per-game and first in rebounding at 9.5 last season. Grose also had 20 points and 13 rebounds in the semi state contest.  Senior Brooklyn Harrison is another key returnee for the Tigers.

“I expect Nikki to pick up where she left off last year for us with her scoring and rebounding,” remarked Harter. “We need her to be more of a vocal leader too this season.”

Harter, who played at Wawasee High School, coached the Junior All-Stars during the offseason.

Warsaw opens the season at Huntington North Nov. 16. The home opener is Nov. 29 versus Whitko.

Wawasee looks to bounce back after going 10-11 overall and 1-6 in the NLC with a young team a season ago.

Triton returns a strong group from a 17-6 squad that claimed the NSC title at 7-0.

The Trojans are expected to return seniors Taylor Hatfield and Mallorie Jennings and junior Kylie Mason.

Tippecanoe Valley is slated to return its top two scorers in senior Cara Hoffman and junior Caylie Teel. The Vikings were 7-13 overall and 3-4 in the TRC a season ago.

Whitko graduated two of its top three scorers in Cagney Craig and Josie Sparks from a 7-14 team. The Wildcats top returnee is post player Jordan Hall.