The Tippecanoe Valley High School Distinguished Alumni Class of 2013 has been named. This year there are seven members of the class who are joining a noble group of TVHS graduates who have led successful lives while making substantial contributions to their chosen field of work or have provided outstanding service to their community, state or country.

The Class of 2013 stands as a vivid example for all current and future students of what is possible for TVHS graduates.

A formal dinner will be held in honor of the inductees at 6:30 p.m. Thursday, Sept. 12, in the Tippecanoe Valley Middle School Commons. In addition to the meal, radio personality Rita Price will interview the inductees.

Each inductee will also recognize a Valley K-12 educator who made a significant impact in his/her life.

The TVHS Distinguished Alumni Class of 2013 will participate in Induction Day activities at TVHS on Friday, Sept. 13. Induction Day will begin with a welcome breakfast, introductions and an orientation to the day ahead. Inductees will spend the morning meeting with students to share information about their lives and chosen careers.

The inductees will eat lunch with the students, providing opportunities for individual interactions. In the afternoon, Rochester Telephone Company will conduct and record individual interviews with the inductees. Induction Day will conclude with the introduction of the Class of 2013 at halftime of the football game. At that time, a commemorative plaque will be presented to each inductee.

The Tippecanoe Valley School Corporation is proud to honor this distinguished group of TVHS graduates as inductees into the Class of 2013.

J. Ronald (Ron) Newlin
When the Indiana Basketball Hall of Fame opened, a friend told Ron Newlin, “No matter what else you do in your life, this is going to make the short version of your obituary.” And it should.

From 1987 until 1995, the 1976 TVHS graduate was executive director of the Indiana Basketball Hall of Fame, leading a $2.5 million capital campaign to build the museum in New Castle, assembling its collection and designing its exhibits. Within two years, he was executive director of the Indiana State Museum Foundation, leading a $35 million capital campaign. Both roles led to his being named a Sagamore of the Wabash, the highest honor an Indiana governor can bestow on a citizen.

As a non-profit consultant, Ron has led workshops on fund-raising, organizational development and social media for the Indiana State Library, Indiana Historical Society, Ball State University and American Association of Museums, among others. He worked as development director for the American Civil Liberties Union-Indiana before resuming his activities as a self-employed, non-profit management consultant.

His first job — sports writer for the former Akron/Mentone News — came while he was still in high school. “It’s important that kids realize how important those early jobs can be to one’s later career,” he said.

He has edited two magazines and written numerous articles on sports history and cultural tourism. His friend, Greg Hoover, a former Distinguished Alumni, calls him one of the best writers he’s ever had the pleasure of reading.

Ron has coached youth basketball, worked with TVHS leadership and the Northern Indiana Community Foundation to engage other Valley alumni in their hometowns and served on a variety of church boards.

He and his wife, Sally Hardgrove, are parents of three children ranging in age from 13 to 27. They live in Indianapolis.

Chuck Howard
Charles “Chuck” Howard graduated from Tippecanoe Valley High School in 1988. He joined the U.S. Navy where he trained to be an electrician’s mate operating the nuclear power plant onboard submarines.

He spent two years of his six-year enlistment as an instructor at the Nuclear Power Training Unit in upstate New York where he taught officers and enlisted personnel. He returned to civilian life by earning a Bachelor of Science degree in electrical engineering from Purdue University and a Master of Science in engineering management from Indiana Institute of Technology.

He spent 13 years working for Navistar, the parent company of International Truck and Engine, once known as International Harvester. He was involved in the research and development of hybrid electric vehicles in truck applications as well as leading-edge battery technologies. Based on this work, he has been awarded six patents and has more pending. He also had a technical paper published by the Society of Automotive Engineers.

Until he was sidelined recently by the sequester, he was a system engineer working with project engineers at Undersea Sensor Systems.

He and his wife, Samantha, live near Silver Lake with their two sons. The family is active in Boy Scouts. Both boys have attained the Eagle rank and are involved with the American Legion Post 286 Color Guard serving at Memorial Day services as well as funerals for fallen veterans. The entire family is heavily involved in church activities. 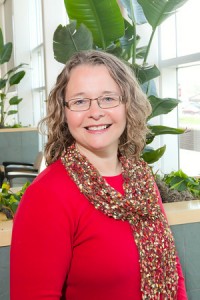 Known professionally as Dr. Marilyn Kindig, she began her medical career as a nurse, graduating from Parkview School of Nursing in 1986. After graduating Indiana University in 1990 and Des Moines University with a Doctor of Osteopathic Medicine degree in 1994, she completed her residency in obstetrics and gynecology in 1998.

In 2011 Dr. Kindig expanded to robotic surgery and is currently learning Functional Medicine to help people without using medications.

Women’s Health for Life now has 30 female employees. Her “women caring for women” philosophy has enabled her to say, “The mission of my all-female practice is to provide exceptional, personalized women’s health care in a warm and welcoming environment, to incorporate modern technology in our practice, and to be at the forefront of knowledge in our field. We specialize in the complete, comprehensive care for all ages.  From gynecology to obstetrics, menopause and beyond, our experienced physicians are able to meet your needs

Dr. Kindig and her husband, Doug Stahl, are parents of five children ranging in age from 10 years to 20 years old who are active in soccer and 4-H. She currently is keeping busy at home with dairy goats and chickens, making cheese with organic goat’s milk. 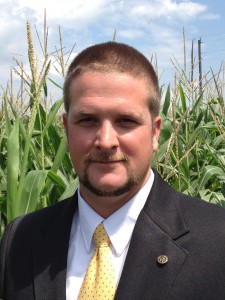 Orville Haney
Orville Haney graduated from Valley in 1998 and earned a Bachelor of Science degree in animal sciences from Purdue University where he was on the Dean’s list with an A average. He is a lifetime member of Alpha Zeta, an honor society for agriculture.

He worked at a few other jobs before returning to his home area to become the sixth generation of his family to reside on the dairy farm north of Akron. “I am not famous, nor do I seek fame,” he wrote on his questionnaire. “I’m a dairy farmer.”

And it is as a dairy farmer that Orville has received local, state and national recognition. He was honored by the Kosciusko County Farm Bureau in 2010 and nominated as a person you should know by the Farmer’s Exchange. The Indiana Farm Bureau named Orville and his wife, Jessica, winners of its annual Young Farmer Achievement Award in 2012.

In national competition they were named among the top 10 in the country. As chairperson of the Indiana Farm Bureau Dairy Advisory Committee, he has been sent to Washington many times to speak with legislators about national dairy policy and the challenges farmers face.

A fire in 2006 reduced the dairy barn to ashes. “I still have nightmares of watching our cattle and business burn,” Orville says, “but the worst night of our lives turned into the greatest opportunity the farm ever had. It forced us way out of our comfort zone and gave us an opportunity to jump-start a 10-year plan after only two years of preparation.”

He and his partners — his father and brother — switched from a strict cash basis of operation and acquired a line of operating credit, they replaced beef cattle with dairy cows and turned swine facilities into calf barns. They milk more cows than ever in a dairy they built themselves from plans Orville created.

“I am very proud to raise my kids here and watch them grow up with a good education from TVSC,” Orville said. “Some of my best memories are from time spent at TVHS.” 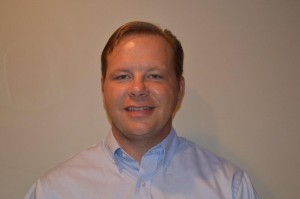 Brandon Miller
Brandon Howard Miller graduated from TVHS in 1992 and earned a Bachelor of Science degree from Manchester College (now Manchester University) in 1996.

He and his wife, Deb, and their children reside in the house in which he grew up. They built a residence at the side for his mother where she can be on her own yet near Brandon and his family.

Brandon is a deacon in the First Christian Church of Rochester and a member of the board of directors of Little Lambs Preschool and Daycare. He also is a volunteer for the First Tee Youth Development Organization and the Michael J. Fox Foundation for Parkinson’s Research. He formerly served on the board of directors for Hope Hospice and Health Care.

He has won three national advertising awards and has contributed to multiple patents in orthopedics and the automobile industry. 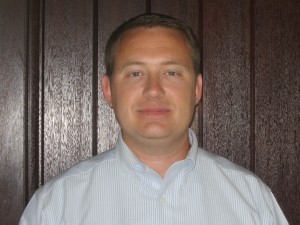 Third in his class at Valley, he went on to earn all A’s at Purdue University, Indiana University School of Medicine, Kalamazoo Center for Medical Studies, his orthopedic surgery residency and the University of Louisville’s orthopedic trauma surgery training.

His 14 years of study were aided by the Fred E. Gifford scholarship, E.D. Johns scholarship and an academic scholarship for medical school from Dr. and Mrs. Francis Price. He became a member of Alpha Omega Alpha Honor Medical Society and was chief orthopedic resident.

Dr. Vanlaningham and his wife, the former Kelly Walters, and their two children now live in Kalamazoo where he is an orthopedic trauma surgeon at Borgess Hospital Bone and Joint Institute. 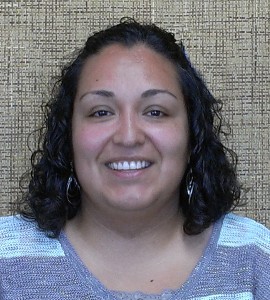 Kenia Rosas
Kenia Rosas was Kenia Ramirez when she enrolled in Akron Elementary School unable to speak or understand English. Through hard work and determination, combined with a great deal of intelligence, she became a successful student.

After graduating from Tippecanoe Valley High School in 2000, she became the first member of her family to graduate from college when she received a Bachelor of Arts degree in finance from Manchester University. In addition, she has attended human resource seminars.

She and her husband, Victor, live in Akron with their two young sons. While she views learning a second language as an obstacle she had to overcome, she now says that being bilingual is her greatest asset.