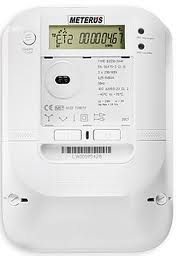 Smart Meters are being installed by utility companies, including Kosciusko REMC and NIPSCO, which are basically wireless devices used to transmit utility usage directly to the utility companies.

Smart meters are the newest technology being used by power companies as a means to save money and energy, but concerns are mounting about their safety.

So far, there are claims that hundreds of fires have been linked to the “smarter” versions of meters that allow utility companies to wirelessly monitor household electric usage.

While smart meters are still relatively new in Kosciusko County, a fire in Leesburg early Monday morning is a reason to have concern. (See story)

North Webster Fire Department Chief Jeremy Likens    said the fire at 36 EMS T14 Lane, Leesburg, “definitely started in the new meter. We’ll do more investigating on it today, but it definitely was in the meter.”

Likens said the KREMC smart meter at the home was the first he had seen and the first fire locally that he has seen start in the meter, which resulted in $5,000 to $10,000 worth of damages.

Likens plans to spend some time over the next couple days looking more closely at the smart meters and working with Squad 70, Kosciusko County’s fire investigation team.

Across the country, over 900 fires have been linked to smart meters since 2008, according to Jonathan Libber, a former attorney for the Environmental Protection Agency. Libber heads Maryland Smart Meter Awareness, a group opposed to the meters.

Gordon Baker is a fire investigator with Squad 70. While he was made aware of Monday’s fire and the possibility that smart meters may have been responsible, he said, “We have not yet investigated any (smart meter) fires in our area, but the meters are pretty new to this area … they are very concerning to the (fire) departments,” based on fire reports from across the country.

Warsaw-Wayne Fire Territory Chief Mike Brubaker can recall no local fires linked to the so-called smart meters but said, “It will be interesting to do some research though and see what they could do.”

KREMC and NIPSCO are both using versions of smart meters. KREMC is using an Advanced Metering Infrastructure which uses smart meters to send usage information wirelessly, directly to the KREMC offices. NIPSCO is using an Automated Meter Reading System. The AMR information is gathered wirelessly by a monitor inside a NIPSCO vehicle.

In June 2012, a month after KREMC announced it was beginning the installation of smart or advanced meters in Kosciusko County, Rich Gaul of Warsaw pleaded with Warsaw city officials to ban the new technology from the city. He called the meters a health risk, security risk and invasion of privacy. (See story)

In addition to the fire concerns, health safety concerns of the smart meters have been raised by medical authorities regarding the electromagnetic fields that each one emits from the wireless signal. While other devices such as cell phones and wireless Internet also operate with the same radiofrequency transmissions, there are suggestions that cautioning the public about smart meters is warranted because RF/microwave emissions produced by smart meters have never been tested for their potential biological effects.

Consumers across the country are also saying the smart readers are not saving energy, but rather costing them hundreds more in utility bills. (See some examples) The smart meters also use electricity to operate, and it is the consumers who pay for that.

One final area of concern with the smart meters is security. A congressional report conducted in 2012 raised questions about cybersecurity and privacy. While performing testing on the smart meters, hackers proved the devices are vulnerable to attacks which could lead to massive blackouts.

KREMC members can opt out of the smart meters program, but they will then be required to pay a $30 monthly fee to cover administrative and operational costs associated with the old metering system.