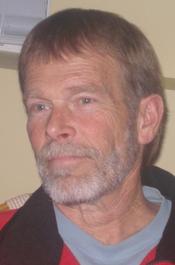 He graduated from high school in California, moved to Illinois in the early 1990s, and has been a resident of Kosciusko County, Ind., for the past five years moving to Pierceton in 2008. Bill was a painter for Matthews Painting LLC in Warsaw from 2008 until his retirement due to illness in March 2013.

He was preceded in death by his parents, two brothers and one sister.

There will be visitation from 4 p.m. to 7 p.m. Monday, June 10, at Redpath-Fruth Funeral Home, 225 Argonne Rd., Warsaw. His funeral service will be conducted at 7 p.m. at the funeral home and officiated by Ken Locke.