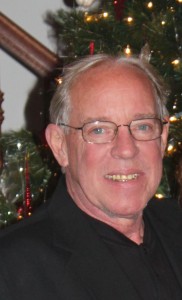 Michael served in the U.S. Army as a captain with the First Cavalry serving from 1972 to 1978. He was a helicopter pilot for the Army. He also received his Masters’ Degree at Texas A&M and his Undergraduate Degree in Electrical Engineering from Northern Illinois University. He worked for Zombie Retirement Nation as an author and then worked for Follett Education Service as director for fifteen years.

He was preceded in death by his parents and a brother: William Fitzgerald.

Visitation will be from 6 p.m. to 8 p.m. Friday, May 24, at McHatton-Sadler Funeral Chapel, Warsaw. A Rosary will be at 8 p.m. A Mass of Christian Burial will be at 10 a.m. Saturday, May 25, at Sacred Heart Catholic Church, Warsaw with Father Phil DeVolder officiating. Military honors will follow at the church.

Online condolences may be made at McHatton-Sadler Funeral Chapel’s website.