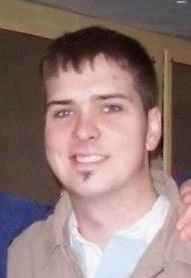 He was born Sept. 21, 1979, in Prestonsburg, Ky., to Sonny and Patricia (Johnson) Jones. He was a class of 1998 graduate of Prestonsburg High School and enlisted in the United States Marines.

On May 23, 2008, he married Jessica Taylor in Salyersville, Ky. Jeffrey worked as a coal mining shuttle car operator for Booth Energy Group in Inez, Ky.

He was preceded in death by his mother: Patricia Jones; and a brother: Justin Jones.

Visitation will be from 6 p.m. to 8 p.m. Friday, April 26, at Titus Funeral Home, Warsaw. Burial will be at Johnson Cemetery in Prestonburg, Ky., with military honors.