The U.S. Senate on Thursday voted 79-20 to amend the 2.3 percent medical device tax in an effort to save American jobs, but the resolution alone is not binding. The bipartisan budget amendment calls for the end of the medical device tax enacted as part of President Obama’s healthcare reform law, but unless the entire health care law is repealed the tax will remain in effect.

The tax on medical devices took effect as part of the greater Obamacare package in January. The tax is expected to cost device manufacturers roughly $194 million per month and jeopardizes 43,000 American jobs, according to the Advanced Medical Technology Association. 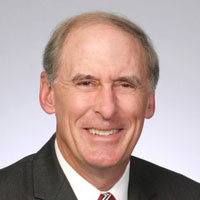 Donnelly said, “We need to make every effort to encourage, not stifle, continued growth in our manufacturing sector, including the medical device industry.”

Indiana, and Kosciusko County specifically, is home to many innovative medical device companies. “I support repealing the medical device excise tax because it makes sense for Hoosier businesses, workers and the patients who use their products,” said Donnelly. “I was proud to co-sponsor the amendment to repeal the tax, and I am pleased that it passed with bipartisan support.”

While the vote to repeal the tax is a step in the right direction, Sen. Coats said the fight to reverse the entire health care law continues. Coats and fellow lawmakers hope to replace Obamacare with a plan that reduces costs and increases the quality of patient care.

Indiana is one of the world leaders in the development of medical technologies that enhance and save the lives of Hoosiers and patients around the world. The state is home to more than 300 FDA-registered medical device manufacturers, employing 20,000 Hoosiers directly and another 28,000 indirectly.