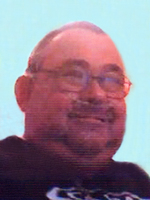 David grew up in Pierceton and lived the past 16 years in Columbia City. He graduated from Whitko High School with the class of 1976. He was a crew leader for CTB in Milford for 19 years and was a former volunteer fireman in Pierceton.

He was preceded in death by his parents: David C. and Mary M. Sleighter; and a daughter: Janel Sleighter.

In lieu of flowers, donations may be made to the David Sleighter account at DeMoney-Grimes Countryside Park, 600 Countryside Dr., Columbia City, IN 46725, to help pay for cremation and funeral expenses.