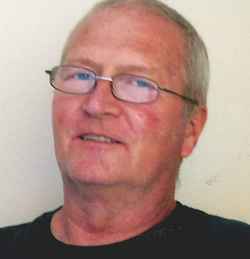 He was a graduate of Nappanee High School and served on the USS Midway in the United States Navy. Terry had worked in shipping/receiving at International Wire in Bremen until retiring in 2011. He was a member of St. Paul Lutheran Church in Bremen. He was also a member of the Bremen American Legion. Terry enjoyed his grandchildren and riding motorcycles.

Family and friends may call from 1 p.m. to 4 p.m. and from 6 p.m. to 9 p.m. Friday, Jan. 4, at Thompson-Lengacher and Yoder Funeral Home, Nappanee. Funeral services will be held at 2 p.m. Saturday, Jan. 5 at St. John’s Lutheran Church in Bremen. Burial will be in Bremen Cemetery with military graveside services.