Since StaceyPageOnline.com officially launched on April 30, 2012, we’ve been covering some of the biggest stories in Kosciusko County and keeping track of what our readers are reading.

Although it has not been a complete year for us, these are the top 10 stories of 2012 since our launch in April, as decided by our readers:

No. 1: A Mentone father and son died just hours apart in two separate suicides. Nicholas D. Lowry, 18, of Mentone, was found shot to death on the afternoon of Dec. 3, 2012. Police say he died of a self-inflicted gunshot wound. Shortly before midnight that same day, David D. Lowry, 53, torched the family home and outbuildings then shot himself to death. (See story)

No. 2: The suicide of a 15-year-old Wawasee High School student on Nov. 13, 2012, set off a series of student suicide threats and attempts and prompted school officials to call a public meeting to address the issue. Kalee Nicole Skaggs was said to be overwhelmed with grief after the September 2012 death of her boyfriend and took her own life by stepping into the path of a train. (See story)

No. 3: Five Amish teens escaped serious injury when their horse-drawn wagon was hit head-on by a drunk driver. On Sept. 29, 2012, Francisco Gonzalez, 24, of Warsaw, drove past the wagon on Sheldon Street, made a U-turn in the Walmart parking lot, and drove head-on into the horse pulling the wagon. (See story). Warsaw Police issued a news release two days after the incident saying it was not intentional. Witnesses on the scene, however, and the father of one of the victim’s, disputed police findings. (See story)

No. 4: A tragic accident on July 5, 2012, in Warsaw claimed the life of a local man. Shaun C. Owens, 32, died on impact when his car struck a utility pole on CR 350 West. The car disintegrated upon impact. Speed was a factor in the crash. (See story) 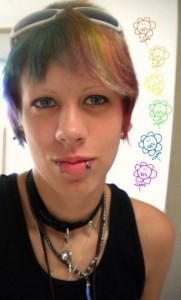 No. 5: The mysterious disappearance of Aurora Shoemaker on Aug. 16, 2012, remains unsolved. The 18-year-old was last seen at about 4 p.m. that Thursday when she went for a walk in Suburban Acres Mobile Home Park. Several sightings trickled in over the first several weeks, but detectives have not been able to confirm any of the alleged sightings. (See story)

No. 6: The youngest person to ever be sentenced to an Indiana prison for his role in a murder appealed his conviction and won. Paul Henry Gingerich was only 12 when he was convicted of conspiracy to commit murder, a class A felony. Gingerich, now 14, was convicted in 2010 for the shooting death of Philip Danner. On Dec. 11, 2012, the Court of Appeals of Indiana unanimously reversed the Cromwell teen’s conviction. (See story)

No. 7: An Akron father and daughter were killed in a Dec. 22, 2012, car crash in Wabash County. Tippecanoe Valley Middle Schooler Brittany Arceneaux, 13, and her father, John LeeRoy Arceneaux, 50, died at the scene of the 4:58 p.m. crash on the Eel River Bridge. Their vehicle was struck head-on by one driven by a Warsaw woman who was passing on icy roads. (See story) 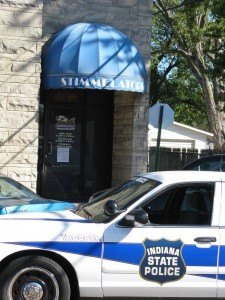 No. 8: Federal agents raided the North Webster business and home of long-time controversial businessman Sam Stimmel. On Sept. 12, 2012, agents of the IRS Criminal Investigation Division converged on Stimmelator’s Gentlemen’s Club and California Dreamin on East Washington Street, and at Stimmel’s private home on Syracuse-Webster Road where they spent most of the day searching through the buildings. In the end, agents hauled away boxes of alleged paperwork but have so far refused to give any information. To date, no charges have been filed. (See story)

No. 9: On Dec. 11, 2012, police were called to a Milford bar where a woman walked in and first announced she had been shot. The woman soon noted she had actually been stabbed in the chest and blamed the incident on a girlfriend. It didn’t take police long to discover Chantel Drake, 41, of Camp Mack Road, Milford, actually stabbed herself. (See story)

No. 10: A Warsaw middle school teacher was arrested Aug. 21, 2012, for having an inappropriate relationship with a female student. Tyler Baatz, 26, was initially charged with child seduction and sexual misconduct with a minor, but in a plea agreement, he was sentenced to 6 years in prison on only the B felony charge of sexual misconduct. Baatz admitted to a relationship with a 14-year-old student at Edgewood Middle School. (See story)

Other notable stories of 2012 include: