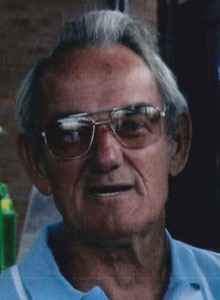 He attended Bladenboro High School in Bladenboro, N.C., and was married on Sept. 2, 1956, in Dillon, S.C., to Tibie J. Anderson who survives. He moved to the North Webster area in 1968 from North Carolina but still wintered there. He retired in 2003 from Jomac Industries in Warsaw as a maintenance man after 35 years of service. He was a member of the Syracuse Baptist Church and formerly attended the Bible Christian Church in North Webster.

He was preceded by his parents; brother: Earnest Packer; and a sister: Bonnie Finch.

Visitation will be from 2 p.m. to 7 p.m. Monday, Nov. 19, at Owen Family Funeral Home, SR 13 and CR 500 North, North Webster. Funeral services will be 11 a.m.  Tuesday, Nov. 20, at the funeral home with Pastor Merv Swartzentruber of the church officiating. Burial will follow in the Mock Addition of the North Webster Cemetery.

Memorial bequest maybe given to Kosciusko Home Care & Hospice, P.O. Box 1196, Warsaw, IN 46580. Envelopes are available at the funeral home.