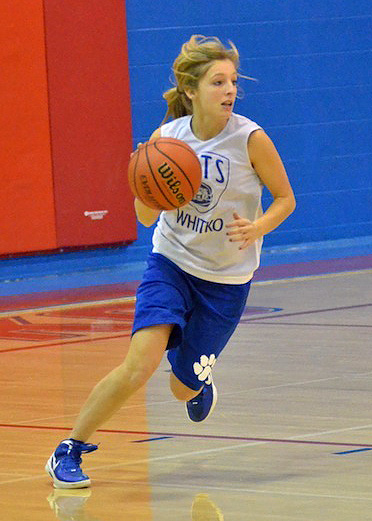 Senior point guard Cagney Craig will be a key performer for the Whitko girls basketball team this season.

SOUTH WHITLEY – It’s that time of year again in Indiana, time for our state’s most adored pastime to take center stage.

The biggest story for all levels of basketball here in the Hoosier state may very well be the return of prominence for the Indiana University men’s basketball program. The Hoosiers top the preseason polls and embark on a journey to bring home a national title and raise banner number six in Bloomington. But there is another journey taking place 163 miles away from the storied Assembly Hall.

The journey is that of the 2012-2013 Whitko Lady Wildcats basketball team. Second-year head coach Brandon Bradley and his girls are setting out with the goal of bringing home a banner of their own.

“The big thing that I’ve been pointing out for the last year is that they’ve hung one banner in however many years this school has been open. They have one conference title and no sectionals. So, that’s what our goal is right now, we’re trying to put more banners up there,” Bradley stated.

The Lady Wildcats will look to build off of a 9-13 record from last season but will face some adversity in the process. Whitko graduated six seniors, four of which were starters. In that class, the program said goodbye to its second and third all-time leading scorers in Karissa Olinske (a three-year starter) and Micaela Sylvester (a four-year starter) respectively. But Bradley remains confident that this team has more than enough of what it needs to make a name for itself this season due in part to the team returning six girls that saw significant playing time last year.

The core of that experience comes from Bradley’s small but dependable crop of seniors. Cagney Craig, Josie Sparks, and Melanie Kelsey make up this year’s senior group. The coach had nothing but good things to say about those girl’s efforts from last season, “Josie got a lot of good varsity minutes last year and was able to contribute for us at the four spot. Melanie played a lot around Christmas time with Kelly (Reiff) because we had an illness and injuries which gave them some quality minutes for us.”

As for Craig, her coach knows she is no stranger to the starting lineup, “Cagney was essentially a starter for us last year. She started maybe six or seven games but she played starters minutes off the bench. We actually called her our sixth starter.” 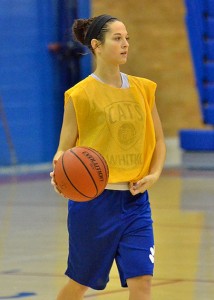 Melanie Kelsey is one of three seniors for this year’s edition of the Whitko girls basketball team.

The lone starter returning from last year’s squad is 6’0” junior Jordan Hall. Hall checks in at center for Whitko this year after starting at the same position for all but two games last season. Her experience from last year’s team should be a big boost for the young Lady Wildcats this season.

Bradley made it clear that a critical part of this year’s success will be determined on how deep the team gets on its bench. He said he hopes to eventually get a solid rotation of eight or nine girls into the mix. Part of that success will be determined by the sophomore class. Last year the sophomore girls, then freshman, were thrown into junior varsity roles due to the lack of a freshmen team. “They weren’t ready for it at first, but midway through the season they really adapted and played some really good games. So, this year we will try to get them to adapt the same way but on the varsity level” stated Bradley.

Last season the Lady Wildcats finished 3-4 in Three Rivers Conference play after claiming victories over Southwood, North Miami, and Rochester. And when asked about his outlook on the TRC this season Bradley was not shy, “I don’t know. It’s hard to tell. And it’s hard to tell because everybody lost something. Everybody has losses.” Bradley did mention that two teams he warned his girls about were Southwood and Northfield. Both teams were heavy with underclassmen last year and look to pack a punch this season.

Coach Bradley’s efforts don’t stop when he steps off the court. The coach was happy to announce an improved enrollment in the team’s summer camps as well as larger numbers on teams from the elementary level through the middle school. One of the biggest focuses for Bradley this season is getting more fans out to see his team play. He hopes to arrange several themed nights that will improve attendance and in turn give the ladies a home court advantage. 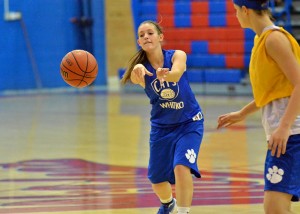 Nothing should keep fans away from coming out and supporting the team this season. The Lady Wildcats boast an impressive home schedule this season with matchups against Warsaw on Nov. 23, and TRC rival Tippecanoe Valley on Dec. 15. On January 11, Bradley and his team will welcome in 17th ranked Norwell. In addition to the blockbuster home schedule, Whitko will also play in the North Miami Tournament on December 28-29. A new addition to the schedule is Southern Wells. On Saturday November 17, the Lady Wildcats and Lady Raiders will face off at the University of St. Francis in Fort Wayne. When asked about the game Bradley responded, “It’s just a great opportunity for our girls to play in a college atmosphere against a new opponent.”

The road to getting that banner starts tonight when Central Noble comes to South Whitley in a rematch of last year’s season opener in which Bradley’s team rolled to a 63-33 victory. The varsity contest is set to tipoff at 7:45 p.m. at Whitko High School. 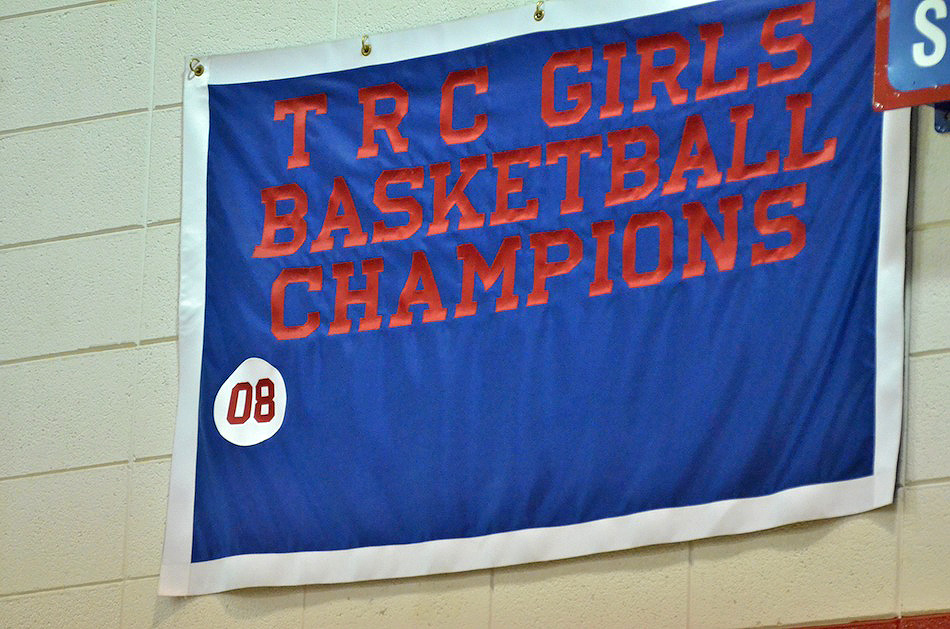 The Whitko girls basketball team hopes to add a championship to its banner this season.