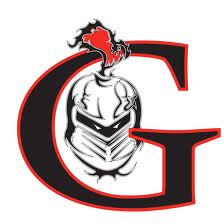 SOUTH BEND – It was all about the defense for the Grace College women’s basketball team Tuesday night.

Despite struggling with their shooting touch on the night (27 percent field goals), the Lady Lancers used a strong showing on defense to remain undefeated on the season.

“We had to win it as a team tonight. We had a bad night shooting, but this was a good win for our young team on the road,” said Grace head coach Scott Blum. “We had to win ugly. We had a lot of good shots in the paint, but we started to panic when they didn’t go in. This was a great team effort hanging in there and finishing for the victory.”

Grace’s defense was impenetrable in the beginning stages of the game. The Lady Lancers (2-0) held the Titans (0-2) scoreless for the first seven minutes to take a 9-0 lead out of the gate.

The Titans charged back with a 15-2 run of their own to grab a four-point lead. IU-South Bend entered halftime ahead 23-20.

Grace stood their ground defensively down the stretch, forcing the Titans to put Grace on the foul line. Starks, Juaneice Jackson and Gabby Bryant iced the win by hitting 5-of-6 from the free throw line in the final 27 seconds of action.

Overall, Grace’s defense forced IU-South Bend into 21 turnovers while committing just 11 of their own.

Jackson led all players with 14 points to go along with three steals. Allison Kauffman scored nine points for Grace, and Starks and Bidwell tied for team honors with eight rebounds apiece.

The Lady Lancers return to the Orthopaedic Capital Center for Grace’s Homecoming on Saturday. Grace will face IU-Southeast at 1 p.m.